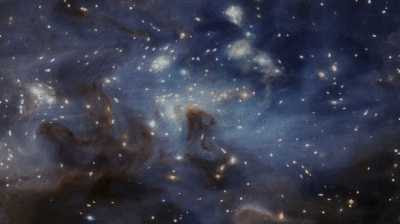 Science fiction  has fascinated me since childhood though I did not know it by that name. My earliest exposure was during my 5th year when I used to enjoy a series on television called ‘Giant Robot’ which was a story about a boy who controlled a robot and fought evil villains. At 10, a Hindi television series called 'Indradanush' captured my imagination. It was an interesting serial that had aliens, artificial intelligence and time travel. Then at 15, there was was ‘Lost in Space’,  a story of a family who drift away far into space and encounter many strange worlds and alien races. However somehow books in the genre always tended to intimidate me. There was always a fear that they would be beyond my limited comprehension capabilities. An brief foray into Arthur C Clarke’s 'Space Odyssey' series did not make matters better. Only in my 20th year of life, was I able to finally break my mental shackles and step into this alien territory.

Isaac Asimov and Frank Herbert - if you have read only these two authors and nothing else, I would still let you get away calling yourself a science fiction buff. The two came into my life during my early college days and I was completely ensnared. I became not just a convert but a science fiction fanatic. Having experienced the literally world shattering events in science fiction, most other genre of popular fiction seemed but mundane village gossip in comparison. I began to feel claustrophobic in contemporary settings . Not for me the restraints of space and time. Not for me me the restraints of reality. Not for me the restraints of human mortality.  I wanted to soar into space at the speed of light and faster.  I wanted to peek into the future and peer into the past. I wanted to see the rise of a civilization and its fall and to live through it all. I wanted to see other worlds, other beings and other cultures - those that can be imagined and those that can't.

All good things, they say, come in small packages. But not science fiction. Nor fantasy. Exceptions aside, they usually come in bulky intimidating tomes. And oftentimes not just one volume at that but an entire series spanning anywhere between three to twelve volumes. This is one of the factors that acts as a barrier to the entry of new readers into science fiction. But then how can one expect to experience in the space of just a few pages a grand saga spanning not over just nations and worlds but entire galaxies and universes; not over just centuries and millennia but whole eras and eons.

Some science fictions authors get carried away in their zeal to describe and explain every little thing that the books often begin to start reading like text books. Others in their attempt to give the reader a truly other worldly experience, straight away launch into the story, leaving lost readers to find their own way around a completely bizarre and inexplicable world. Arthur C Clarke is an example of the first kind; Frank Herbert an example of the second. Either of these can be intimidating to the uninitiated reader. The one due to abundance of information and the other due to the scarcity of it. But again that's the whole charm. No one goes on expeditions to climb the local anthill, do they?

In the decade and a half since I started out, I have moved on from Herbert, Clarke and Asimov,  on to Robert Henlein, Orson Scott Card, Edgar Rice Boroughs, Jack Vance, Douglas Adams, Larry Niven, Greg Bear, Gordon Dickson, Anne McCaffrey and C J Cherryh. Few are the ones I have read; many are the ones I still haven't. I still remain as excited about this dive into the abyss called science fiction as I was thirty years back. As I was fifteen years back.
Email Post