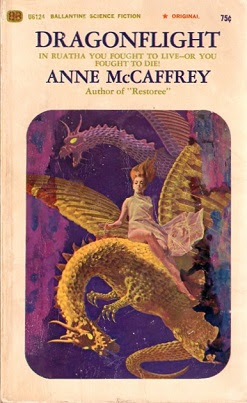 After reading me for four successive weeks, let me offer you a respite. I have my friend, philosopher and guide Suresh writing on one of the Science Fiction series I am yet to start on. Suresh is an avid reader and an aspiring author in the fantasy genre. He lives in a house filled with books, a good number belonging to the science fiction, fantasy and historic genres. He is the only person I have met who is more widely read in these genres than me. So you will be seeing him on this blog every now and then. Otherwise, he can be found at Life is Like This , where he blogs: mostly humorous musings on life in general.

Science Fiction is primarily seen as the fiction of concepts. In the normal course, one views science fiction as stories where characters are merely there to highlight the concepts. The customary space operas like Star Wars, Star Trek and the like are an exception – but they are more action-adventure stories with ray guns, spaceships and aliens thrown in than Science Fiction. This, in part, is probably the reason why Science Fiction does not get the popularity of Fantasy – since the latter allows the play of emotions in a fantasy setting whereas the former is seen as more a stimulus for the intellect than the emotions.

Enter Anne McCaffrey – the ‘Dragonlady’ of Science Fiction with her Pern series. Fiction woven around dragons and telepathically linked riders – but not Fantasy for the dragons are genetically reengineered beings capable of breathing fire only because they chew phosphine rock. Life set in a medieval society – typical of “Swords and Sorcery” fantasy epics – but a medieval society that exists only because an exploration team is stranded in the planet – Pern - and has built a life there based on what they could salvage. A mindless opponent called “Thread” which has the potential to destroy all life in the Planet and has to be burnt by dragon-fire before it can touch the earth – again a possible manifestation of ‘Evil’ - if it were a fantasy story – but in Pern they are spores that fall across the void to Pern when a rogue planet of Pern’s solar system swings near Pern.


The Pern series explores human interactions set in an interesting variation of the medieval society. Were it only that, it would merely be another relationship story set in an exotic locale – like “Yargo” of Jacqueline Susan. Anne McCaffrey also manages to imbue the story with the excitement of discovery that must have existed at the times when there was a lot less known about the world and the universe. The series is not only an exploration of the joys and sorrows of people in various strata of the Society and the interplay between characters but is also an paean to the intellectual curiosity of mankind that leads them to explore and discover new abilities in the dragons, newer lands and wonders in Pern as also the changes in Society engendered by change in circumstances.

The Pern series, thus, is Science Fiction primarily because it explores sociology and not the physical sciences though the physical and life sciences do provide the back-drop for the tales. In addition, however, Anne McCaffrey manages to evoke in the reader the sense of wonder about the universe which seems sadly lacking in today’s world.


There is an additional attraction to the books in the Pern series. I use the word ‘series’ loosely for the tales of Pern are all stand-alone novels though they are set in the same world and milieu and, largely, centered around the same characters. If, like me, you are irked by the idea of being left hanging at the end of a book and saddled with a wait till you can lay your hands on the sequels, the Pern series is guaranteed not to raise your ire.

If you have been avoiding Science Fiction because it seemed to you to be more education than entertainment the the Pern series will provide you with a welcome surprise. And, who knows, the sense of wonder that Anne McCaffrey manages to evoke in you may lead you on into the hitherto seemingly boring waters of hard Science Fiction!