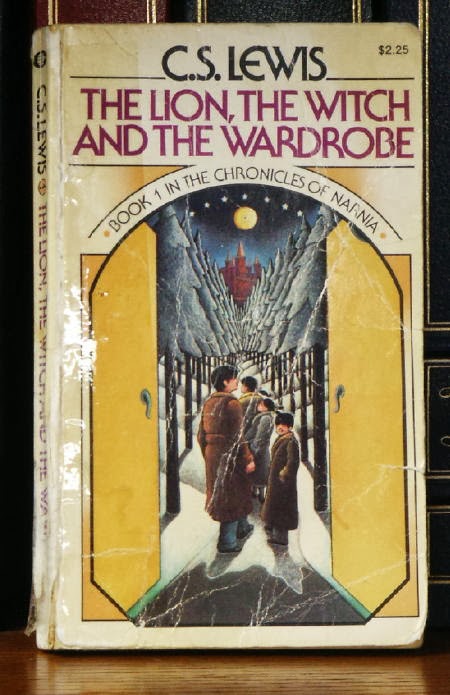 I had entered my third year of engineering. A tempest was raging in my head. I was trying trying to find the delicate balance between the demands of a mundane civil engineering curriculum that had failed to hold my attention, the spiritual aspirations to follow on the hallowed footsteps of the great saints and last but not least the mind's revolt against the austerities that following saints entailed. Usually the struggles tended to intensify during the exam times. The conclusion of the examinations brought a welcome release though clouds of anxiety over the exam results still loomed ominously over the skies. So the minute the exams got over, I was out of the college campus on my journey to paradise, the oasis in my dessert of conflicts, 'Moor Market'. Moor Market was where I found my magical wardrobe that helped me escape the real world and enter the magical world of books. Moor Market was a treasure trove of abandoned books. I could go on and on about Moor Market but then this article is not about Moor market. So it suffices to say it was a place close to the Central Station in Chennai where vendors used to sell second hand books on the streets. And in one of the stalls, I came across an old little book titled 'The chronicles of Narnia - The Last Battle' by CS Lewis

They say 'Don't judge a book by its cover'. Good in theory. But any aspiring writer who chooses to follow this dictum and fails to get a good illustrator would be committing a serious blunder. Pauline Baynes' beautiful cover illustration was what drew me to the book. The name Narnia sounded familiar. I remembered I had read a review of 'The Lion, the Witch and the Wardrobe' in Young World, the Saturday children’s supplement of the daily newspaper 'The Hindu' more than a decade back. I had been fascinated by the review and had wanted to read the series for a long time. At last the opportunity was at hand. After lot of bargaining, the book vendor came to a price of Rs. 10 and the deal was clinched.


I was soon back in my room comfortable settled on my bed after a sumptuous Friday night dinner at the hostel mess all set for my journey into Narnia. I love the recent Mentos 'dimag ki batti jalao' advertisement because it reminds me of my first introduction to the fascinating world of Narnia - an ape who manipulates his faithful friend the donkey into implementing his wicked schemes. This was one of my first forays into fantasy fiction. So I was fascinated by the concept of talking beasts, dwarfs, elves, the Calormenes and Telmarines. This is the last book in the series and also the darkest. It also the strongest religious overtones. For example the dark God Tash of Calormenes, who is a skeletal figure with the head of a vulture and demands human blood. Though for most parts, the series seems to be a straight forward fight between good and evil, at times you see glimpses of deeper philosophy. At one point of the story, Aslan the good Lion (who is like a good God, though not explicitly mentioned so) tells a Calormene soldier who is devoted to Tash that anyone who is devoted to Aslan and does evil deeds is actually worshiping Tash and those who are pure of heart and worship Tash are actually offering their worship to Aslan. And there is a scene where the evil dwarfs fail do not see a beautiful dining room and a table loaded with delicious foods and lovely music playing in the background. Instead they can only see a dirty stable filled with cow dung while all they can hear is cacophony, bringing across the point that people with evil in their heart cannot see good things even if it is right before their eyes.

Eventually over the years, I got to read 'The Magicians' Nephew', 'The Witch, Lion and the Wardrobe' and the rest of the books. Compared to 'The Last Battle', the others turned out to be much lighter fare and gave hours of entertainment. Of course all the books have Christian allegories. Aslan the lion is supposed to be symbolic representation of Jesus Chirst. Like Jesus, he sacrifices himself to redeem the sinner in 'The Witch, Lion and the Wardrobe' . In 'The Magician's Nephew', one can see some allusions to the original sin from the Old Testament.

The book can be an interesting read from a science fiction/fantasy point of view as well. You have this concept of pace of time changing when you move across dimensions. Time in Narnia moves much faster than time in the real world. Minutes in the real world translates to years in Narnia and years to centuries. And you have the usual elves and dwarves. It is interesting to note that C S Lewis and J RR Tolkien were close friends. Each Narnia book has its own structure that does not necessarily follow the fellowship and quest framework. Characterization has also been given reasonable amount of attention, especially of the primary characters, Peter, Lucy, Edmund and Susan. Each has a unique personality and not just stony characters resembling each other. However characterization is not really complex. Mostly characters are good or bad, no shades of grey. Good people err at times but then they always remain basically good. Evil are always evil with not an ounce of good. Character evolution is limited to good persons recognizing the error of their ways and reforming. But I guess this can be forgiven if the series is viewed as children’s’ books.

Overall, at least the first 5 books are delightful read for the casual reader looking to escape into a fantasy world. Children can really enjoy the flights of fantasy the book offers. The serious reader can probably try to decipher the hidden Christian allegories and may specially like the last book. A good start for someone starting on science fiction/fantasy but may not fully satisfy a hard core science fiction/fantasy enthusiast who has missed this series.