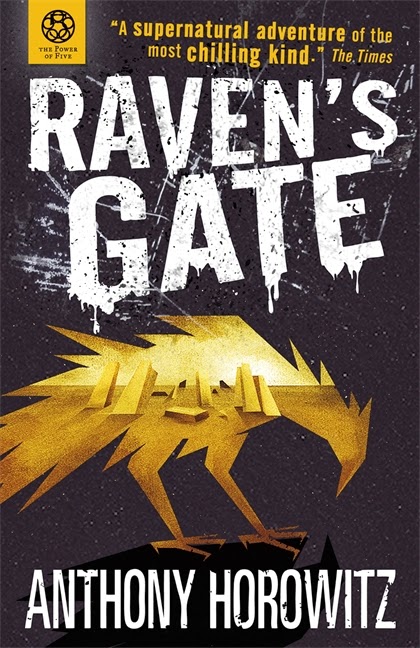 I would hardly expect anyone to write dark dystopian fiction targeted at children. But strangely that is precisely what Anthony Horowitz has done with his Power of Five series. I remember Walt Disney movies and Enid Blyton books meticulously avoiding even portraying deaths of any of the characters. But clearly times have changed. Another work of dystopian fiction ‘Hunger Games’ has also made it to the top of the charts in children’s fiction. Even the Harry Potter series has its own share of darkness especially the later part of the series where we get into stuff like horcruxes.

Well, the story as such is interesting. It is the standard good versus evil theme that forms the crux of most fantasy. We have these alien beings called old ones who are trying to enter the earth through some gateways which have been barred by five ancient heroes. The aliens have found supporters on earth, some kind of dark friends or Satan worshipers who want to bring the aliens back. They are trying to open the gateways to allow the old ones to return. The five heroes need to return to stop these nefarious designs. The five heroes, who are teenage kids, are the protagonists of the novels. Initial books introduce us to the heroes and establish their relationship with each other; the last couple of books bring on the final battle between the good and evil. Unlike most of this good v/s evil fantasy, this story is not set in an imaginary world modeled on medieval times. Instead the story happens in our current world. The story deftly moves across Europe, North America, Latin America and Hong Kong. One can also see the familiar fantasy elements of time travel, gateways that allow one to travel long distances and interaction between real world and the dream world.

The characterization is quite decent and the author works the relationship between characters very well. The author has done a great job weaving so many different myths and real life aspects such as corporate lobbying, exploitation of natural resources in third world countries, drug mafia etc. into one coherent work of fiction. One of the areas even most adult fantasy novels fail in is the magic powers attributed to the main characters. Most of the powers end up looking similar and indistinguishable. But Anthony Horowitz has managed to create characters with unique set of powers. The enemies look real and menacing, the protagonists have their vulnerabilities and the reader is on tenterhooks all the time. The suspense is maintained throughout and the books are complete page turners. However like all fantasy series, it starts off well in the first two books, slackens a bit in the middle but catches up in the end, delivering a satisfying ending.

With just five medium sized books, the series is not too long either. The one key problem I see in the series is with respect to positioning. The main characters are children with simpler emotions and motives of children. So all adults might not be able to full relate to it - they might feel the lack of more complex aspects such as romance, power struggles, existential musings etc. Of course, Harry Potter was a great success with adults. But that, in my opinion, was because it was based mostly in the familiar settings of a school that would have stirred the nostalgic feelings about their own childhood in most adults. For children, however, I find the story too dark and violent. So I personally am not inclined to recommend this for children. So that leaves a very small market segment of suitable readers: adults with hearts of a adolescents like yours truly.