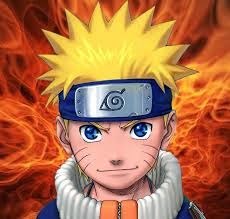 I have often found I am alone in my fascination for fantasy and science fiction especially for the ones with deep concepts. So I was surprised and even skeptical when one day a girl in my MBA batch told me to watch this thing called Naruto. She said it is very conceptual and I would love it. Given that the recommendatio was coming from someone who was not a fantasy buff, I kind of felt it might be silly but decided to give it a try anyways. And my worst fears were confirmed for the first 2-3 episodes were random and crazy. I had no clue what was going on. But I persisted and I was amply rewarded. It turned out to be such an amazing storyline with deep characters and a complex world that would put some of the main stream fantasy novels to shame. This series triggered off my wonderful journey into the world of anime and manga.


The story is set in a medieval Ninja Japanese village and centers on the titular character ‘Naruto’, a pre-teen boy. The name may sound silly and it is meant to be. Naruto means noodles, the hero’s favorite food and the hero himself is a silly frivolous kid who goes around playing pranks in his village. The first three to four episodes portray his pranks and that makes the whole thing look silly and incomprehensible. But from there on the story picks up steam as we get to know of the boy’s dark past. He is an orphan whose both parents have been killed mysteriously and inside him is housed a powerful demon called the nine tailed fox, which has some connection with his parent’s death. The people of the village hate and fear him for being the host to this demon. Only two people love him – one of his teachers at the local Ninja school, who is like his foster father and the village head who is somewhat all knowing, wise and powerful despite his unassuming appearance like Dumbledore of Harry Potter. It turns out all Naruto’s pranks are an external façade to hide the darkness in his heart, his loneliness and low self-esteem.

While Naruto is seen as silly, mischeveous and incompetent, on the other end is Sasuke, who is everything Naruto is not – handsome, dignified, and extremely competent. While Naruto chases girls, Sasuke is the heart throb of all the village girls. Sasuke on the other hand always appears serious, distant and brooding. The story starts when Naruto is teamed up with Sasuke and a girl Sakura for his Ninja lessons under the enigmatic Kakashi Sensei. The initial part of the story is all about the evolving relationship between Sasuke and Naruto as they go on missions together with Sakura and their teacher. We discover Sasuke has a dark past as well – his entire family and clan have been murdered by his brother Itachi who he had idolized as a child. He feels betrayed and has made revenge on his brother his sole purpose in life. As the story evolves, we meet many more interesting characters. Very often even small time villains are skecthed in detail. Needless to say, the readers get to know detailed backgrounds of the main villains and their motives with strong basis in the events in their past for what they have become. The writer skillfully weaves the past and the present, drawing the reader into his world.

One thing I really loved in the series is the world building. There is a complex world of Ninja Villages with mutual rivalries and politics. The rivalries which earlier used to take the form of highly destructive battles in the past now manifests through the yearly tournament where young Ninjas from the villages compete against each other. This tournament kind of reminded me of the tri-wizard tournament of Harry Potter. But the tournament as such is very different and often focuses on one on one combat. The combats are very interesting and often give deep insights on different Ninja techniques and their origins. The author has really given a lot of thought to these techniques and often I felt they were more robust than the spells and charms in Harry Potter. Though I found the combats fascinating, at times I felt too many of them made it seem more like a computer game than a story.

The story starts on a lighter note but becomes increasingly darker as it progresses. Not only do we learn the history of characters, we also learn about the very origin of the Ninja villages and history’s bearing on the current events. While that makes it interesting and gives it a tone of serious fantasy, at times I kind of felt the writer was losing control of his world. Like most fantasies this is a coming to age tale of the two protagonists Naruto and Sasuke. I however felt in some places, character development was inconsistent and some of the transitions rather abrupt.

Overall I must say it is a fascinating anime to watch or manga to read. As I have mentioned earlier, I am partial to anime due to the lovely picturization, the music and the sound of spoken Japanese. However this is a story still in progress and the manga is way ahead of the anime. So people who can’t wait to know what happens next can’t help getting on to the manga. I for one have stopped following this series till it completes, like I have done with George R R Martin’s Song of Ice and Fire.

Next Post in the Series: Card Capture Sakura - A Cosy Children's story