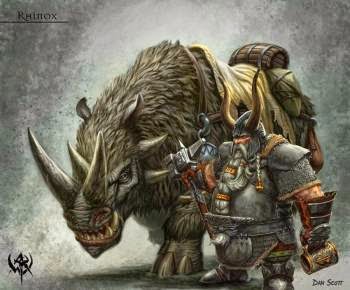 As the year draws to a close, the mythological fiction series comes to an end and we start a completely new series. As I have mentioned earlier, I am not limiting myself to books and trying to explore various media where speculative fiction themes have been explored. In our next series, we will look at the newest of storytelling media – games. Talking of games, I plan to look at various forms of games that I have been exposed to – MMORPGs, single player computer games, board games, game books and storytelling games. This list is not exhaustive and there may be more but I think a good place to start would be what I have been exposed to. Maybe as my blog becomes more popular, I can get more guest posts pertaining to what I have not been exposed to.

At the outset, I must put a disclaimer that I am no hardcore gamer. So gamers looking for reviews will be disappointed with my series. I hardly have any knowledge about X-Box, PS-2, and Nintendo. Nor can I lecture on processor performance that can improve game performance on computers. I am also no expert on winning strategies for different strategy games. I have dabbled in many games and I have had an enjoyable time without becoming a pro as such. Based on my experience, it is my firm belief that gaming will emerge as a very powerful story telling medium of the future. So I want to share my experiences with various shades of this medium. I would have loved to try out more games but it takes hell lot of time to play even one game and get the hang of it.

One key aspect where game based story telling differs from traditional story telling is that audience can interact with the story and influence the outcome. That the way the participation is more active and the audience can be effectively engaged in the experience the story seeks to give. There is possibility of every member of the audience getting his or her own customized story. There is also a possibility of everyone having the same story but as a result of collective influence of all the members of the audience rather than pre-determined by the creator of the story. The level of influence can vary widely. For instance a game book will basically offer the choice of 5-6 different stories based on the choices a person makes as against a MMORPG or a story telling game where the entire story is created real time.

I will possibly not have posts showcasing individual games but different classes of games. I would be covering war strategy, role playing and world building games under the single player computer games. I also plan to do one post each on Massive Multi Player Online Role Playing Games, game books, board games and storytelling games. There are often games that are a hybrid of one or more of these or a curtailed version of these broad classes. For instance shooters and puzzle based games can be considered sub sets of the broader group of Role Playing games. I may do a post on some of these as well. I shall not take up some types of games such as sports based, racing based and combat based because though one can build a back story, they are not concepts that naturally lend themselves to storytelling.

I will also explore if I can think of some other topics related to this theme for more posts and look if I can find some expert bloggers who can contribute guest posts. Ideas on the same are welcome from readers.

Coming up next Tuesday: Computer based War Strategy Games