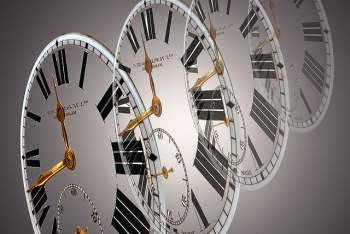 My name is ZZXD4. I am 12 years old. I live on the planet Gaedis Prime in Alpha Centauri galaxy. This summer I went on my first time travel vacation. It was to the time when humans were still a tribal race and lived on a single planet called the earth, our planet of origin which is now a radioactive dump too dangerous to visit anytime after 1000 BTT (before time travel). I got to witness a really interesting tribal ritual held in 1500 BTT which gives an insight into the intelligence levels, culture and civilization of the human race during the dark ages.

The ritual was performed in the middle of a huge arena. There were thousands of people gathered around the arena to witness the ritual. These were the same kind of arenas that were used for more violent sports during 3500 BTT. But apparently with the progress of civilization, mankind's idea of entertainment had become less violent and more ritualistic. There were fifteen men actually involved in the ritual. The objective seemed to be to break open a large nut. The nut was larger than most of the nuts grown during that period, red colored and perfectly round. Those days people must have had plenty of leisure if they could spare fifteen men just to break a nut. The fact that that watching a nut being broken was one of the predominant forms of entertainment during that period gives a fair degree of evidence regarding the intellectual development at that time.

The method being employed would be considered inefficient as per current day standards. But before passing judgments one must of course consider the technological development of those times. Let me take a few moments to describe the method. One man stands holding a flat club touching the ground. Another one throws the nut towards him with great force. The first man hits it hard with his club to try and break it open. But it does not break that easily. Instead it flies across the arena where it is retrieved by one of the nine men spread across the field. They throw it back to him to the thrower. While the nut is being retrieved the club man runs around to keep the blood circulating in his legs. There is another club man as well standing next to the thrower. The two of them take turns at hitting the nut. The effort at throwing the ball usually tires the thrower after half a dozen or so throws. So one of the nine pickers come across to relieve him while he goes and takes the place of the picker. In addition to the club men, throwers and pickers, there are also two more men dressed somewhat different from the rest, one next to each of the two club men. These men keep making gestures with their hands. I assumed they are probably tribal chieftains or witch doctors who are directing the proceedings. Seeing these men, I presume sign language must have probably been a predominant mode of communication at that time.

Though the two club men relieved each other, often they would still tire in some time. They seem to have come up with a rather ingenious method of gauging when the club man was too tired and replacing him with a fresh club man from the crowd. Three short sticks were planted next to each club man. If the club man was too tired, his concentration would dip and he would let the nut hit the sticks. Then it was time to replace him. Sometimes the pickers test the club men's concentration levels by throwing the nut at the sticks while they are giving exercise to their legs. If they are not able to run and reach the sticks before the nut hits, then also it is considered time to get a new club man from the crowd. At times, the picker who catches the nut or the thrower would be able to sense the club man's fatigue from their body language and signal to the chieftains by rising a single finger. If the chieftain also acknowledges by rising a finger up, then a new club-man would come in. They have short breaks in between where they replenish their body fluids and a longer break for feeding. They carried on this exercise for the entire day cheered on by the patient crowd of watchers. But the nut showed no sign of breaking. At one point one of the pickers got so frustrated that he tried to break the nut open with his teeth. This angered chieftain so much that he sent him off the arena.

Finally at the end of the day, the nut still remained unbroken. The crowds however looked quite happy. If this had been 3500 BTT, all the 20 odd men who had tried so unsuccessfully would have been fed to the lions. Clearly civilization had progressed and men were not so barbaric anymore. They had become gracious enough to accept failure and even reward genuine attempts. One of the club men who had had been rather persistent in his attempt to break the nut was honored with a large shiny metal cup. So in spite of expected results not being achieved, they were honoring their valiant club man who had tried so hard for close to three hours. At the time I began to realize they had a reasonably well developed verbal communication as well. Of course I did not understand the language. But I could at least catch the name of the little man who had made such valiant attempts at cracking the nut - 'Sachin Tendulkar'.

Other than an understanding of the ancient human civilization, the nut itself had intrigued me. I retrieved it and brought it back for further analysis. A detailed postmortem revealed that though the nut was of organic origin it was not really suitable for human consumption. I wonder why they were trying to break it then. One can never understand fully the people of another time. Maybe it was just the ritual that mattered and not the contents of the nut. After all the ritual had helped identify the chosen one - 'Sachin Tendulkar'.