The World of Two Legged Freaks 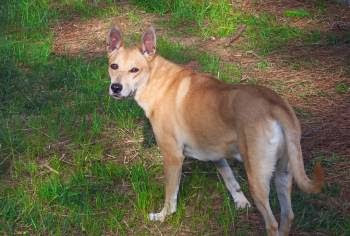 Sometimes you live a life time with someone without really understanding even a part of them. Even after hundred lifetimes, we can’t honestly say we really understand the two legged freaks we have chosen to live with. We have practically given up trying to understand them but sometimes we indulge our curiosity. This was one of those times.

I had always observed this large building being guarded by a couple of freaks but till that day I had not cared to venture into this building. Piece of cake it was. The guards did not even seem to notice me. They were busy examining the bags of their fellow freaks. I am not sure what they expected to find inside the bags. If they wanted food they would be better served poking their nose into dustbins. Anyways let me not dwell more into their idiosyncrasies.

Coming back to what I found inside, the place was an all together different world. I found it very spacious with less of the freaks roaming around and even lesser of our kind. All the pathways were so clean that even the finicky freaks could literally eat from there. But what is the use of clean plate that is empty? On my usual beat I did not have to walk ten steps before I would come some juicy titbit lying around. But here I found not a scrap even after walking for over an hour. However I caught a whiff of something delicious in the distance and followed the scent to a wide building. I tried to enter but I was chased away. The freaks however seemed to come and go at will, helping themselves to the food, picking at their food disinterestedly and walking away, discarding most of it. I saw so much of it piling up in a large bucket. What a waste! But they would not let me have even a morsel. A classic case of ‘freak in the manger’!

I also noticed a few tall glass towers every few feet. I had not seen towers like these before and I peered inside. I got a shock. That is where all the freaks were. There were so many of them boxed inside square areas, each facing a corner. I was reminded of the condition of some of my brethren who had chosen a life of servitude with the freaks. So they did not do this just to us, eh? They did this to each other as well. Good to know. But I did not notice any chains or constraints holding them. However each of the freaks were staring at some strange light coming from a rectangular box placed in front of them and kept doing something with their fingers. Maybe the method the freaks used to constrain each other was different from the way our kind was constrained. The freaks always had the habit of complicating everything.

Suddenly I heard footsteps. The freaks also seem to have heard it as I saw them stiffen. They were no longer flopping around in front of the light. They sat up alert and I could hear the sound of their fingers tapping away vigorously. A large pot-bellied freak with hardly any hair on his head but a dark patch of hair surrounding his mouth on all sides walked in. He was looking so serious – his eyes were literally blazing. I was wondering what was bothering him. Not like there is anything wrong about being serious. We are also serious most of the time. But then our issues are also serious. Every day we had to forage seriously for food or we would starve. Clearly that was not the issue for these freaks. They had so much food they could afford to even discard. Our next biggest concern was competing with our fellows for mates during the breeding season. I could see no evidence of any such struggle here either. So what was bothering him so much?

He seemed to be excitedly barking into a small rectangular box that he held close to his ears as he paced along the corridors. I was completely stumped. What was in that lifeless little box that was exciting him so much? I wondered about his incessant barking too. Was he trying to intimidate the other freaks? If that was his intention, he was clearly succeeding. The ones sitting in the corners really did look nervous. But I could see no purpose in intimidating creatures in confinement. But then that is how these freaks were. Some of my friends who had escaped from their bondage with the freaks have regaled us with horror tales of how their captors had taken pleasure in making proud display of their bravery against an opponent in chains. So not surprising at all!

Anyways I had seen enough for a day. I had more serious business to attend to. I had not had anything to eat also since morning. So I had better get back to work. As I headed out I saw some bushes. I peered inside in the hope of finding food. Instead I found a pair of freaks curled up against each other. At last something I could understand and relate to: mating! I left them to continue their mating rituals and rushed towards the exit. I had had enough of the world of freaks.
Email Post
Labels: Intriguing Points of View