A Tournament without Valor 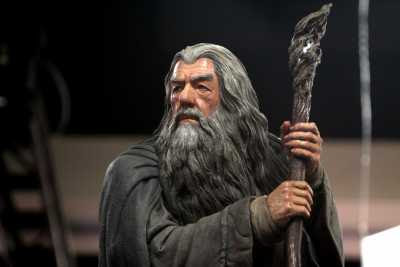 The great Knights of the Round Table had gathered for the yearly tournament. The whole stadium was ablaze with excitement. It was the time for the knights to prove their valor. All the royal maidens were watching eagerly to see who would be proven to be the fairest. The one whose champion won the tournament would have that honor. Merlin’s mind was not in the tournament. He had just discovered a new artifact from an ancient crypt and was trying to divine its purpose. But he could not miss the tournament as the knights would consider it an affront on their honor. He was busy trying to make it reveal its magical powers as he waited for the tournament to begin. He pulled a small knob and ‘Poof’. He suddenly found everyone around him has got transformed.

He found he no longer recognized the people around him. They were strange folks in funny looking attire. The knights had also transformed. There were now 15 men in the arena. No horses seem to be visible anywhere. Only three of them seemed to have some kind of armor. The head gear seemed satisfactory. However the rest of the armor did not look strong enough. And also the armor seemed to be in the wrong place. Most of the armor seemed to be around the arms and legs region while the chest and bowels were left unprotected. Only two of the armored men seemed to be armed. The wooden weapons they held roughly resembled clubs, though these ugly contraptions did not have the elegance of clubs. Probably these people must be primitive folks, who were yet to discover swords and lances.

Slowly he began to understand the rules of the tournament. The two armed men were knights and the other man with armor but no weapons must be their man servant. The other twelve men were slaves and the valiant knights had to vanquish them. Nine of the slaves were protecting the extremities of the arena, probably to ensure the knights don’t develop chicken feet and try to escape. One of the slaves had a red colored projectile in his hands. Apparently he was going to attack the knights with that. The two knights stood about a stone’s throw distance apart facing each other. They seemed to be holding their weapons down instead of holding it up proudly. The man servant seemed to be crouching in an undignified manner behind one of the knights. Merlin could not figure out his purpose. He noticed a small wooden window up to the knight’s knee between the knight and the man servant. There was a similar window near the other knight also. A man with black colored hat stood next to each of the knights. Though the hats were not as pointed as a typical wizard’s hat Merlin surmised they must be the equivalent of wizards. After all, slaves don’t wear hats. So that was it: two Knights, a man servant, two wizards and ten slaves. It was almost a pantomime.

Pleased with himself on deciphering the intricacies of this complex alien tournament, he settled down to watch. The slave with the projectile came running with projectile and flung it at the knight farther away from him. But his aim was poor and the projectile hit the ground and bounced up. The knight stepped aside and swatted the projectile aside. The projectile began to roll away. One of the slaves began to chase the projectile and managed to retrieve it from the end of the arena. One of the wizards began to move his arms around. But Merlin did not understand what kind of spell he had cast for he could not see anything happening. The slave threw the projectile to that slave who had flung it earlier. Again another attempt to hit the knight. It again hit the ground and was swatted aside. While the slave was trying to retrieve it, the knights began to run between the two windows. Merlin found this totally crazy. Instead of fighting like real men, why were these knights running around like a pair of school girls?

This continued for some time and then suddenly the projectile hit one of the window bars and it broke. A real poor piece of carpentry it must have been! But somehow this seemed to bring the slaves a lot of joy. They were all grouping together and celebrating. One of the wizards pointed his finger toward the sky and one of the knights began to walk away from the arena. The slaves made no attempt to retain him. He was replaced by another knight. And then the same events began to repeat. Then one of the knights swatted the projectile high into the air. A slave came under got under it and caught hold of it. The wizard pointed towards the sky. Again the slave celebration. The knight had to leave and be replaced by another knight. It was really a strange show. Merlin had seen enough. He began to fidget with the artifact again and ‘Poof’. Back he was in his own world.

He was so relieved to see men behaving like men again, riding majestically on horses and fighting valiantly. No more hocus pocus with clubs and stuff. Before he had left, he had managed to catch the name of that tournament. He tried to recollect. It was named after an insect. Was it ‘spider’? No. ‘Cockroach?’, ‘Mosquito?’. No. None of these. Yes. He remembered. It was ‘Cricket’. The name suited it. Only a lazy and stupid creature like that would indulge in this kind of a tournament. Hadn't he read about it in the story of the ‘Ant and the Cricket’? There was a huge uproar in the stadium. One of the knights had been felled. The other was holding up his lance victoriously.
Email Post
Labels: Intriguing Points of View