A Quest for a better Nootropic - Alien Minds at Work 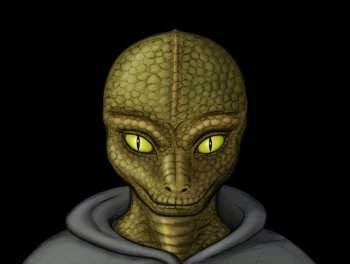 
“Officer Trzngu, we have picked up some signals of unknown origin.”
“Are you sure it is not an equipment malfunction?”


“I have checked it multiple times, Sir. I am certain there is no malfunction.”
“Were you able to trace the general direction of the signals?”

“Yes – it seems to emanating from our ancestral home planet.”
“Are you sure? This can’t be. The planet must have been destroyed millennia ago.”


“That was my first thought. But our instruments clearly indicate that is where the signal is coming from.”
“Did you check the signals for any patterns?”


“I ran the checks. It does not seem entirely random.”
“Watch out for more signals. Send the ones you have so far to cryptography and linguistics.”


18.00 hours, 19 Mar 2012 –Chief Scientific officer to Chief Communications Officer
This is very critical finding. Present yourself at my office immediately with detailed report.


11.00 hours, 25 May, 2012 - Official communications transcripts archive
“How is the communication with the residents of earth getting on, Trnzu?”


“We have made good progress, Sir. “
“Have you learnt more about the survivors and current conditions on earth?”


“We have made good advances, Sir. As I had reported to you earlier, the planet was not completely destroyed in the meteor strike. However most of the reptilian life forms could not survive the impact and were destroyed. In time, new non reptilian intelligence seems to have emerged.”
“This is incredible. This goes against all our science. Our theories completely reject the possibility of development of intelligence in non-reptilian life forms. We need to learn more about these creatures. I think it would be best if we can get a live specimen for us to examine.”


“Sir, we are talking about an intelligent life form here. I do not think it would be ethical to treat a member of an intelligent race as a mere biological specimen.”
“All our ethics and moral systems do not take into account existence of any intelligent life form other than our own.  So far the existence of such intelligence is just speculation. And we lack data on the nature of the said intelligence even if its existence is proven. Till we have such data, we will not be able to reconfigure our systems of ethics and therefore have to treat the species as another of the non-intelligent biological specimens? Understood?”


“Yes, Sir!”
“Now, try to work out how you can obtain a specimen for our study.”


11.00 hours, 25 Feb, 2014 - Official communications transcripts archive
“I hope you have some positive developments to share. I am tired of listening to your excuses every time.”


“Sir, I have managed to convince my correspondent to pay us a visit.”
“That is good. When will we have the creature with us?”


“I think there are some technical difficulties in securing his transport.”
“What is the difficulty? Once the creature comes to the landing bay, we can put a lock and have it beamed up. Somehow get it to come there.”


“But his current location is apparently not in proximity to the landing bay and we are having challenges communicating the exact location of the same to him.”
“Go through our historic archives and find some way out to convey the location to the alien.”


9.00 hours, 19 May, 2014 - deleted communications transcripts archive
“Officer Trnzu, this is your hour of triumph. You have achieved a great breakthrough for our species. Still you do not look happy”


“I don’t feel good about this. I feel a strange kinship with this alien being as if he were one of us. I don’t at all like the idea of bringing him here by deceit.”
“I am sure, Sir, chief officer Kylfu means no harm to him.”


“No – but he is one of the coldest stock even amongst the cold scientific fraternity. He believes this alien holds the key to the next big advancement in the intelligence of our race.”
“Indeed, Sir. We have only any break through improvements in the intelligent enhancement drugs. We still use the synthetic version of the plant based nootropic that our earthly ancestors had consumed with minor enhancements. ”


“Yes – but something tells me the physical and mental makeup of the alien life form may be completely different from our own and in an effort to unravel the source of their intelligence, we may end up causing them grave injury.”
15.00 hours, 24 May, 2014 - Official communications transcripts archive


“I must commend you on your efforts towards the advancement of the Crocatzsu, Trnzu. ”
“Thank you, Sir.”
“Though, your efforts took long to bear fruit, the results so far have far exceeded my expectations. The alien creature exhibits an intelligence that is very different from our own. It is very advanced in terms of making quantum intuitive jumps. The creature must definitely be using a nootropic that give it this ability. “


“Possibly, Sir.”
“So far I see no evidence of an external nootropic injector. Therefore it follows that the nootropic must be an indigenous secretion. “


“Yes, Sir.”
“We need to plan a detailed analysis of the brain of this creature to obtain the chemical composition of the nootropic.”


“Do you wish to register a protest against my approach?”
“No, Sir.”


“That alien has gained access to our databases, Sir.”
“Is that a problem, security officer?”


“He might find some information that might be detrimental to us in case of a conflict with the alien race.”
“Do not worry. This creature will never return to his planet. Chief Scientific Officer Kylfzu plans to dissect him tomorrow.”


“I sense resentment in your tone, Sir.”
“Well – he is one of the young ones of his race and one of the brightest. It saddens me to think of the grotesque fate that awaits him.”


“How did they let one of their young ones to come to us all alone? We would never send one of our young ones to them.”
“It was his personal initiative. The rest of the aliens do not even know of our existence. I lured him to our ship with promise of access to our advanced technology. I feel bad about it. So least I can do is to keep my promise in the short while he has left to live.”


Detailed physical examination of alien brain function planned for 25, May, 2014. Initial test of cognitive abilities before physical tests found a serious deterioration in brain function. Before the intelligence dropped completely, specimen communicated the reason for decline – dip in nootropic levels in blood.  The alien also indicated that the nootropic is not an internal secretion but prepared from a natural substance available on earth, similar to the Crocatzu’s original nootropic before large scale synthetic production.
Alien dispatched back to earth to obtain samples of said chemical. Specimen was expected to return within 24 hours.  However communications with the alien have completely ceased since last 96 hours. With no further means of communications with earth, project abandoned.

“No. It seems like the planet has gone completely dead.”


“Keep at it. I doubt if you will have any success though.”
“You seem to know more about the alien’s mysterious disappearance than the rest of us, Sir.”

“I can only conjecture. He probably discovered what we were up to and played us for suckers. I doubt if there is really any external nootropic that our chief science officer hopes to obtain. I think that was just a ploy to escape. I doubt he will ever return."

Watch this space for the beginning of a new series next Tuesday
Email Post
Labels: Intriguing Points of View