The True Message of Christ 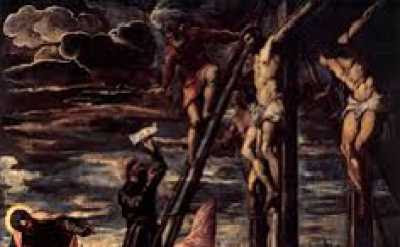 I am not a great fan of films. Either the films have a total crappy story line or if they are based on a famous novel, they fail to do full justice to the novel. But there are a select few movies that I must admit have moved me profoundly. One such movies was ' The Passion of Christ'. Most people believe many of the gory scenes were needless and I remember some Christian grandmas crying during the movie. But I feel that the violent scenes were those that truly brought out the message. Reading about it does not fully describe what Christ chose to undergo. When you see those gory scenes, you visualize the intensity of the suffering. That is what brought home to me the true message of Christ. Some Christians may dispute my interpretation of Christ's true message. But Christians do not have the monopoly over Christ and his message I am sure I have the right to understand and interpret the message of Christ in my own way and express it.

Let me now get to my understanding. Most of the moralists and religious zealots had preached being good so that good things can happen to you. Everybody wants good things to happen to them. So if by doing certain things we are certain that good will happen to us, any rational person will be good. So why are there then people who do things that are 'good' and others doing 'bad' things? Now there may be people looking to corner me about my definition of good and bad. But that would take us on a tangential route and lose the current thread of discussion. So lets keep that aside and assume there is something called good and something called bad, for the sake of our discussion. Let us also ignore masochists and assume everyone wants good things to happen to them. So getting back to my question, people who believe that good things will happen by doing good things will be good while those who believe good things will happen by doing bad things will be bad. So the two different set of people are trying to achieve the same results by their own understanding of how the world works. So is there really much of a difference between them?

That is where I come to the concept of being good for the sake of being good: doing good even though you know bad things will happen to you by doing the good things. This I believe is the true message of Christ. He underwent intense suffering in order to stand up for what he thought was good. The story of Christ was no story with a 'they lived happily ever after' ending. He was a man who knew what was right and had the courage to stand up for it. And the reward he got - suffering all his life - being hounded by Jewish Pharisees and the like and finally a gruesome death. The message is to do good expecting only this in return. Christ was stated to have supernatural powers. He cured blindness and leprosy. Couldn't he have proved his point by bringing plagues and locusts like Moses or striking down his antagonists with lightning from heaven? Assuming he had those capabilities, it would not have proven the point he wished to prove if he had used such powers. All it would have proved is whatever the powerful man says is correct and if you do not obey him, he will use his powers to kick your ass. That is why Christ he did not use his powers and bore the suffering like a normal man. So it is very important to see him suffering to get the true message.

Now some people will say the story did not end there and that he was resurrected later. I was happy to see the movie did not show the resurrection. It is because I believe the resurrection was symbolic and not physical. And then there is this talk about the kingdom of heaven. But that I believe is just an aphorism for a righteous state of mind and not some post death holiday resort, where you can relax in an arm chair sipping chilled beer, entertained by 'Hourin', the celestial fairies.If this movie showed the suffering, another movie 'The Last temptation of Christ', shows what he gave up. It is based on a fictional work that shows Christ getting a chance to escape the cross and lead a normal 'happy' life. But after exploring that alternate reality, he still chooses to be crucified because he realizes that in that 'reality', though he was happy,he did not do what was right. The right thing was to stand without offering resistance and face what he had to for for what he believed was good. If there was going to be physical resurrection or a physical kingdom of heaven awaiting him, he would not have been tempted by the simple life of a normal family man, a peasant.

So I believe the true message of Christ is to stand up for what you believe is right and hang on till the end no matter what. And do that just because it is the right thing and not expecting some kind of reward on heaven or earth. I strongly suggest anyone who find my article making even a little sense to see these two movies 'The Passion of Christ' and 'The Last Temptation of Christ' if they have not seen it.