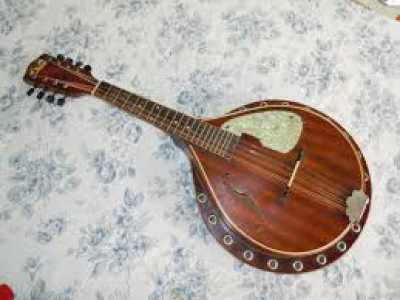 The summer had lasted too long. The sun was blazing and the earth was parched. There was no sign of clouds. The workers at the plantation toiled on in the heat and the dust, collecting the tobacco leaves. But they did not appear to tire. They rather seemed to be enjoying themselves. One could see a blissful expression on their faces. The reason for their joy would have been evident to anyone there for they themselves would be drowned in similar ecstasy. Divine music was emanating from nearby. Music from the heavens to invigorate worn out spirits! Soul’s true music that could even awaken the dead!

One did not have to look far to locate the source of the music. At the edge of the plantation, right next to the boundary wall was a dirty plastic chair. A weathered old man sat on the chair with a lute in his hands. He wore a dusty old dark suit and grey trousers. A ragged cap covered the white hair on his head. One leg was all he needed to bear the weight of the magical lute. He did not seem to have a care in life. The world did not hold enough sights even to interest his single eye for his ears to him were his all five senses and more. Music was all he cared about and nothing else. He was the music and the music was he!

A few minutes pause for rest gave his mind time to travel two whole decades back in time. The concert hall was packed to capacity. Graf von Zeppelin, known to be one of the greatest patrons of music, sat in the front row. Other distinguished men and women were seated around him. He could not recognize any of those who sat in the seats towards the back. From where he sat in the middle of the raised stage, he could hardly make out their faces. His hands quivered in excitement as his fingers caressed the strings.  Soon his hand began to move back and forth. Strains of heavenly music began to fill the hall. The entire crowd held pin drop silence as if transfixed by the magic of the notes. When he completed his piece,  the whole hall broke into thunderous applause, as if to make up for all the earlier calm. The music, the silence and finally the applause! It was so intoxicating. That was what he lived for.

As he bowed to the audience and started to play his next piece, his eyes happened to drift towards the Count. The music seemed to have lulled him to sleep. He tried to ignored the Count and  concentrate on his music. Despite the slight distraction, the show turned out to be another spectacular success for Gerhard. People crowded around him to praise him during the post concert dinner. Chief among them was von Zeppelin. He usually thrived on words of appreciation from distinguished patrons. But not today. Today, every time he heard profuse words of praise from the Count, only the image of him sleeping through the concert appeared in front of his eyes. All the words that emerged from the Count's lips suddenly seemed so hollow. He began to wonder whether all these people truly had any appreciation for music at all.

Then a different thought occurred to him. Was it really the music that attracted them to him or just his reputation as the finest musician in Vienna? Would he get the same praise even if he performed badly? Would a lesser known musician get the same appreciation even if he performed better than him? Was reputation all that mattered? Did music have no value in itself? What if he had not been lucky enough to get the breaks he had got that had earned him his reputation? Would he have been a lesser musician for that? Question after question bombarded his head.

He silently went though the motions, nodding away dreamily to the empty words of praise till the dinner finally got over. As soon as the dinner got over, he rushed to his home, threw himself into his bed and wept. Any number of glasses of Schnapps were not enough to drown away the emptiness in his heart. But mercifully sleep embraced him into her arms and carried him away from the cruel world filled with fake people.

The next thing he became aware of was mist swirling in front of his eyes. Before he could make sense of what was happening, a woman of such unearthly beauty as he had never seen before  materialized in front of him. A laurel wreath adorned her lovely brown hair. He could catch a faint glimpse of her ivory colored skin through the lustrous filmy material of her garment. In her hand she held a wooden flute. Her face held a most deep, sorrowful expression. A greater sorrow he felt in the timbre of her voice as she spoke. “Gerhard, I am heartbroken. You have not been true to me. You have forsaken your true love and taken on a treacherous mistress – fame! So I shall now leave you and go away forever.” With these words, she turned around and slowly began to fade away.  He cried out, “Please do not leave me! Please stay! Please!" But his words seemed to have no effect on her. By now he was on his knees and his voice had taken on a pleading tone. "Please! Please do not leave me! I will do whatever you say. I promise. I promise to be loyal to you for life! Please stay with me! Please!”

An inaudible sigh escaped him as he resumed his playing. He had kept his promise to her for over two decades now. But would she ever show him mercy and deign to appear again in his dreams?
Email Post