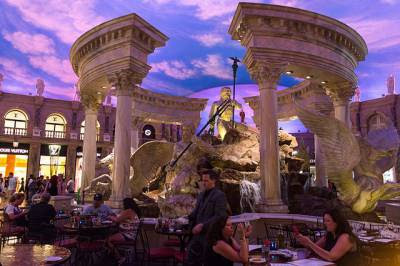 "You are a complete wastrel of a husband. You just go to the counting house from morning to evening and then come back and lie around doing nothing.”

Why does she keep nagging me all the time? If I were a real wastrel I would be at home entire day. But I knew better than to tell her that. Sometime silence is best.

“Now see Hadhod next door. How much he does for his family! Last month he got his wife a diamond necklace. Last week he got her a brand new satin gown stitched specially for her by the town’s most famous seamstress. And even yesterday he got her earrings studded with exotic stones the likes of which I have never seen.”

Jewels, golds, diamonds! It is always about these useless metal and stone trinkets, isn’t it? All these things require money. Does she think money grows on trees? Always Hathod this, Hathod that. That fellow Hathod is actually the real wastrel. He does not even go to work. He just sits around home all day claiming to be waiting for the muse whatever that is. Then he writes some incomprehensible verses and takes them to the merchants, the courtiers and even to the king. And they are all praises and shower him with wealth. I doubt even if those idiots even understand half the things he writes.

I went to the bed, lay down and pretended to sleep. I usually find that the most effective means to shut her up. After all talking to a sleeping man is like talking to oneself, isn’t it? And which sane woman would want to do that? Not that I would accusing her of being sane.

“I know you are not sleeping. You just don’t want to listen to me. Now take Pelendur two houses away.”

Now why would I take him? I am not into men. Though now I wish I had been. Then I would never have married. That would have saved me all this trouble. Day in and day out I have to listen to the same nagging.

“Did you know he took his wife on a vacation by the sea last month? And do you know the number of servants they keep at home?”

Now why would I be interested in all these details? I already have enough of them to handle at the counting house - the number of staff, the daily income, the taxes due etc. Why will I unnecessarily keep track of these details of our neighbors as well?

“I am talking to you. Are you listening?”

It felt like a minor tremor as she held me by robe and shook me.

“What! What! What happened? Anyone trying to break into our house? Tell me fast.” I valiantly tried to create an appearance of waking up from sleep.

“Stop your cheap drama. I know you too well.”

I said nothing. She continued on.

“Are all my words just falling on deaf ears? Why don’t you do something to earn more?”

“Ok. I heard the guards at the palace say that they are short of men for the night watch. Let me ask them about it.”

The night watchman job would take away some of my sleep. But it was not like I was getting much of it at home either. The dark roads would any day be better than all this nagging.

“Why, you idiot? Does your mind always think only of these kind of lowly jobs? Aren’t you supposed to be educated? At least that’s what my father thought when he got me married to you.”

I mumbled something incoherently.

She continued on. “Every Wednesday the king listens to some works from the general public. You also go and present something there like Hathod and Pelendur”

These sessions by the king were open to public also. So I decided to go and check out what is it that these good neighbors of mine were presenting.

The first week it was Hathod.

“Every city has a sex and an age which have nothing to do with demography. Armenelos is feminine. So is Haysend. Mithlond is a teenager, an urchin, and in this hasn’t changed since the time of Hurin. Pelargir, I believe, is a man in his twenties in love with an older woman.”

Everyone broke into applause. So this was it. One had to say something about different cities. I was not too sure what he was trying to say though. I decide to watch a few more weeks.

One of the weeks, I got to see Pelendur as well.

“Your majesty I have done detailed survey of all our cities. Armenelos has the highest literacy index while Pelargir scores high on culture index. The crime to population ratio is highest in Mithlond.”

He went on to reel out a large number of indexes and ratios with some fancy prefixes. Everyone watched spell bound. Everyone appreciated his scientific spirit and the rigor of his research. I wondered if anyone really understood these indexes and ratios and what they implied.

But I was right. One had to say something about cities to get rewarded. Even I could do that. Maybe finally I would be able to do something to save me weeks if not months of nagging. I spoke with lot of people about the various cities and reflected over my own experiences in the cities and things I had heard in the past. Finally I was ready. Now all I had to do was request for a slot for one of the weeks.

“Armenelos and Pelargir are nice cities with lot of libraries, museums and theaters. They are quite safe for the tourist from other parts. Mithlond and Nindamos are however known to be dangerous for the tourist and one has to be cautious.”

I was never allowed to complete.

Somebody from the audience shouted, “Look at the temerity of that fellow. He calls all people of Mithond as criminals.”

“Such a bigot. Next he will be saying people of Armenelos and Pelargir belong to superior race and us folks from Mithlond and Nindamos are vermin.”

“Does he think no crime happens in Armenelos and Pelargir? Instead of supporting the law enforcement, he is trying to put the blame on the cities.”

“Lynch him! Lynch that scoundrel!”

Sticks, stones and all manner of rubble began to fly my way. I might not have survived if the king had not ordered his soldiers to grab me and have me thrown outside the city. Later in the evening I trudged home, my clothes in complete tatters.

I do not know what went wrong. I had just faithfully reported all that I heard. Hathod and Pelendur also spoke about the differences between the different cities. I also did the same. But why did I get such a response? My luck I guess! One consolation from the whole incident though was that my wife did not nag me that day. She did have a softer side to her after all. At least I had achieved what I had really set out to.
Email Post