My name is Taimur, Taimur the Lame 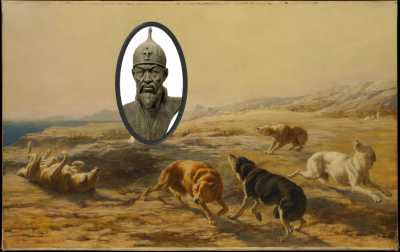 Whizz! That stone just missed me. Whizz! That was yet another one. Ouch! That one found its mark. But nothing fatal. I have seen worse. Ah! Finally some cover. I just love these projects that go into litigation. See how nicely they have laid out these pipes for us to find shelter. I am sure they will never find me in here. Now I begin to truly understand the nuances of the human aphorism “going to the dogs" .They were supposedly going to build a mall clearing out a slum area. Now don’t ask me what a slum is. Haven’t you seen the movie slum dog millionaire? If you have not seen it, don’t bother though. It was a disappointment. The titular hero despite the misleading title is not a dog but one of those despicable humans only. Apparently the humans call each other dogs as an admonishment. Can you imagine the cheek? What an affront to dog-kind, isn’t it? Anyways getting back to this former slum, apparently the porject promoters had given kickbacks to the government to turn a blind eye to the interest of the slum dwellers. But then elections came and the government changed. The new government having received no kickbacks recovered vision in its blind eye. Thus the project had come to a grinding halt, literally going to the dogs for we have now inherited this place. Now don’t start asking me to explain the meaning of election, government and kickback. Just assume them to be human concepts closely related to each other, equivalent of our own dog fights through which hierarchies are established.

So where were we? Yes. I am safe now in this place that is in transition from slum to mall. But what endangered my safety in the first place? Well, that is a long story. But wait! In my fear for life and limb, I have forgotten my manners. I have not introduced myself properly. I am Taimur. Taimur, the Lame. What is in a name you may ask. Well, everything apparently in the world of these humans. It is this cursed name that has got me into trouble.

It all started on this cursed day when a group of humans found me limping in a corner of a street.

One of them remarked, "Look at the lame dog there. What’s his name?"

Another of them, apparently a mischief maker had replied, “Taimur. See, he is lame too. He is Taimur the lame.” Before that I had never had a name and was happy to be given one. Finally some good humans! But my happiness was short lived.

One of the others shouted, “Tear him to pieces; he's a cruel conqueror. A mass murderer.”

“But he is not Taimur the conqueror. He is long dead.”

“It is no matter, his name's Taimur and he is lame; pluck but his name out of his heart, and turn him going. Centuries of injustice shall be avenged”

“Kill him, Kill him! Stone the bleddy dog to death.”

And thus I came to be in the situation you found me to be. Anyways all is well that ends well. Now these people have moved on, looking for some other victim to wreck their fury upon.

What now? That’s it. The story is over. You still want to know something? What? How I became lame? That is another tale of woe. To cut a long story short, it is the handiwork of two more of these idiot humans. They were supposedly students in what the humans call a medical college. Apparently they learn how to heal wounds and alleviate pain. Though I wonder if that is what they teach there. At least it did not appear that way to me from what their idea of fun was – throwing a helpless pup from the roof of their building - me! I was lucky to get away alive. But the fall was so scary – it gave me nightmares for months. If these fellows are any indication of how human healers are like, I would like to be miles away from them. If someone had asked me my idea of a mass murderer, it would have been these guys. But apparently definitions vary between the world of humans and the world of dogs. In their world, it would apply to me due to my unfortunate name.

Anyways that’s how it is. I am tired now. Let me catch up some sleep. If you liked listening to my story, just leave a scrap of bread or some old rice near the pipe for me to eat when I wake up and receive heartfelt gratitude and blessings from Taimur the Lame.
Email Post