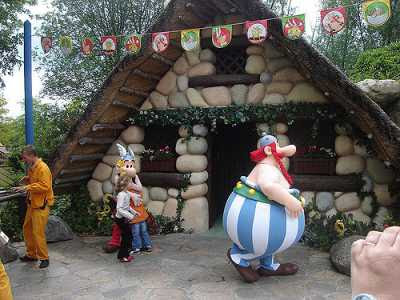 Boom! Boom! The floor was shaking violently. There was a loud noise like a roar outside. “Any one there?” . They timidly peered out of the window to see a fat giant with his stomach bulging out of his blue and white pants, thick red whiskers and a funny helmet with braided hair hanging from either side. They knew they could not remain safe inside the office for long. They had to eventually confront him. So the campaign manager gingerly stepped out and asked in a feeble voice, “May I help you, Sir?”

“What is the meaning of this?” he growled pointing at the board put outside the office. The board read,

We are overwhelmed by the tremendous response to the ‘The Great Indian Braid Hunt’ contest and picking out the winners from the lot has been a challenging task. The contestants were courageous, resourceful, perseverant or all of afore stated. Two contestants were truly outstanding while the others weren’t quite in the same league. Hence only 2 iPads are being awarded besides 3 Playbooks and 10 Surprise Gifts …. and the winners are:”

Below were pictures of some of the loveliest young women with lovely braids.

He was feeling a bit confident now. He was used to dealing with the sore losers who could just not accept defeat graciously. “Well, Sir, our judges found them to be the best of the lot.”

“But they did not even complete the twelve tasks.”

“The rules never mentioned that the twelve tasks were to be completed.”

“If that is the case why did you set those twelve arduous tasks?”

“It had to look like a proper contest, right?”

“But I was the only one who completed all the twelve tasks.”

“I understand Sir. But see the name of the contest. It is the great Indian braid hunt. How can we have you as the winner?”

The man turned his head and pointed to the braid on one side. “But I do have a braid.”

“But, Sir, our target customers are not fat oafs.”

“Who are you calling fat?” he roared and moved menacingly towards the campaign manager.

The campaign manager literally shook in fear. “Not you, sir. Not you. I meant in general. You are so slim and handsome.”

He calmed down a bit. “So why did I not win the prize?”

“Now where did that come from? The rules never said whether you have to be a cow boy or an Indian to participate.”

“We left that vague to encourage more participation. But only an Indian can win a great Indian braid hunt contest, right?”

“How did I win the consolation prize then?”

“That shows our company’s largeness of heart, Sir. We console all losers irrespective of gender, race or nationality.”

Again Obelix’s face turned red. “How dare you call me a loser? I was already pissed about the comment about me not being in the same league. Now by calling me a loser, you have done it.”

“No, Sir! No, Sir! It is not like that. By loser I meant the people who lost the opportunity to win the prize. By league, we meant people who are in league with our product and our brand.”

“Ok. Leave that. If you are anyway doing this just to promote your product, what has a stupid shampoo to do with courage, resourcefulness and perseverance?”

“That is all part of the high level brand strategy, Sir. I am a small man who does what I am told. I was told to organize a difficult contest and pick some winners who look good with the product. I was just following orders.”

“Then call the one who gave you the orders,” roared the giant.

Soon a jazzy sports car drove in and a suave man in a chic suit stepped out.

“Sir, this person has some questions about our brand strategy”

He surveyed the huge man in front of him with disdain and said, “Yes?”

“I wanted to know what do courage, resourcefulness and perseverance have to do with a bloody shampoo.”

“It is called brand positioning. I think the concept will be beyond your simple brain.”

“You called me a simpleton?”

He caught hold of the brand manager, lifted him to the sky, turned him upside down and shook him like a rat.

“Enough, Sir! You have made your point! I understand I have underestimated your intelligence. Please put me down and I shall explain.”

“See, mister, the brand is not about the product. It is about how it makes people feel. The people pay not for the shampoo but to feel courageous, resourceful and perseverant after using our product.”

“But how can a shampoo make you all that?” Obelix looked puzzled.

The brand manager smiled knowingly. “See? That is the challenge. What else can any shampoo do but clean the hair? But people are not going to pay a bomb just for that. So we have to create an image that only courageous, resourceful and perseverant people use our product. And as a corollary, anybody who uses our product will feel courageous, resourceful and perseverant. As they say it is all in the mind. That is called brand association.”

“So this whole thing is a sham?”


“No. You don’t get it. We are really making people feel good about themselves. Isn’t that great, for the price of a mere shampoo?”

Now he looked really confused. He remained in deep thought for a while and then concluded, “These marketing guys are crazy”
Email Post