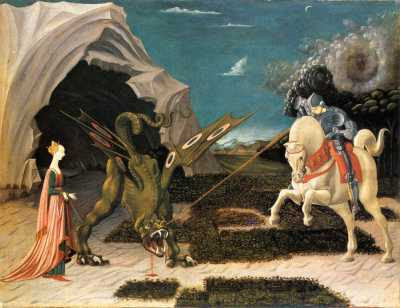 I hate this place. I totally hate this place! What a majestic being I was supposed to be and what these humans have reduced me to! We were supposed to be the king of the skies and our very appearance used to strike fear in the hearts of these puny humans. I wouldn’t know though. I have only heard the old ridgeback in the next stall talk about those times.  This stall is all I remember from the day I was born. Except of course the tournament.

Ah! The tournament! That was one of those occasions I really felt like myself. There would be an entire field for me to move around. And there would be a young human who would play with me. Even in my pathetic state, I can easily kill the human with a single swipe of my claws if I choose to. But we dragons traditionally  have liked to play with our food. Not that the human would be our food though. I have been advised not to get too adventurous in the games. The old Ridgeback has told me scary tales of adventurous dragons being put down for winning the tournament. Apparently it is rigged in such a way that the human always wins. If a human wins, he is celebrated. If a dragon wins, he is a put to death.   It is good exercise though as long as we don’t kill or seriously maim the human- the nearest I shall ever get to our true legacy. Anyways thinking about legacy does not help. For it is lost to us for good. From glorious hunters we were reduced to game animals – these humans hunted us mercilessly. Initially that was fine – we enjoyed the game too. More often than not it was the dragon hunter who wound up dead. Till their weapons got more powerful.

But that was not the end. From being hunted, we were tamed and made into steeds to fly the humans around the sky. But the worst was yet to come. Now the humans have better means to fly. So they have no use for us anymore. Well, not exactly. We still have some use for them. Or rather our blood does. Apparently it has magical properties. That is the sole reason they still keep us alive. Like plants. Bloody plants. Blood producing plants. That is what we are for them. That is why they don’t even give us names these days. Whoever had heard of a plant or a machine having names?

My reverie was disturbed by humans shouting outside. “We fight for the right of magical beasts to a dignified life!”

Yes! I liked the sound of it. Dignified life! For starters they could let me hunt my own food instead of feeding me bucket loads of dead fowl. The dead chickens are so bland and tasteless. Like my life.
“This whole thing is so disgusting.  Magical people for magical animals won’t stand for it.”

Yeah! That’s the spirit. Come, my dear human. Come and get me released. I have had enough of this prison life. There is hardly room even to flap my wings. It is a wonder they have not just withered away. Apparently we dragons were famous for our fire. And I grew up without even knowing what fire was. They maintain our stalls so cold that we can hardly produce any fire. But the tournament is different. We are out in the open and we are free to give vent to all the fire that has been burning within our belly for years. I wish the tournament rules allowed us to kill the human though. That would have been fun. Come on! It is fair game. The humans are allowed to kill us. So why not the other way round?

“We find this whole idea repulsive. A magical beast is not a play thing to be used for sport. We will not allow the tournament to take place. Down with the tournament!”


What! No tournament? Is that what these humans are protesting against? And not a word against the farms? Indeed! We are not a plaything to be used for sport; we are blood producing machines. I should have known better. The tournament is a trivial thing for them. Probably the ones protesting don't even like any form of sports. But blood for their magic is a different thing, eh? When it comes to that, who care about the dignity of animals and such stuff? As they say blood is thicker than water. What else can you expect from these humans? My little pleasure also denied. I really wish I could kill some humans.
Email Post