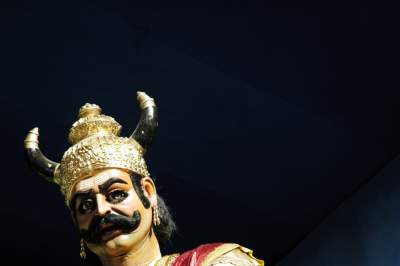 He lay on his bed. The silhouette of a man on a buffalo, a lasso in his hand could be seen outside the window.

“My time has not yet come, my Lord. You had promised me five full years of life. I still have four months left. I have so much more left to do here”, he yelled frantically, mustering together the last bit of his life.

Lord Yama had a calm, serene smile on his face as he materialized in front of the dying man.  “Do you remember my exact boon to you?"

“Yes, my lord, every word of it. Finish all your unfinished business, son, you had said”, “Twenty seven are the stars that adorn the blue sky. And twenty seven times a hundred thousand minutes of life have your noble deeds earned you. Not a second more not a second less do I give you. Use every one of it wisely”.

Naresh gasped for breath and continued, “I did find it a bit strange that you gave me my boon in minutes.  But that did not matter. All I needed was 5 years and what you had given me amounted to a little more than that. Now you are cutting me short by 4 months.” His expression had changed from fear to righteous rage.

However his outburst did not seem to have had any effect whatsoever on the Lord of Death. In the same calm voice he continued to speak. “Did you notice anything new in your room when I gave you back your life?”

Naresh was a bit perplexed by the question. Was the Lord of Death trying to change the topic? But no God, least of all the God of death come to claim your life, was to be messed with. So he answered, “Yes there was a small box in a corner of a room. It had some white shiny powder in it. I threw the stuff into the dustbin and to my surprise it filled itself again. I did not know what to do with it. So I just let it remain in a corner. What has that got to do with my four months?”

“Well my son, your remaining four months were in that box and you let it go waste.”. Seeing the confused expression on Naresh’s face he continued, “Don't stress your brain thinking what was in it. Let me tell you. It was a popular brand of soap powder. Have you seen its ads?"

"Yes, of course my Lord. What about it now? What does it have to do with my lost life?"

"It has everything to do with the lost months. What did the ads say?"

"Something about saving 2 hours every day through its use. You don't mean......"

"That is exactly what I meant. So did you use the powder to do your washing?"

"I mean...I never even knew it was soap powder. And I have always washed clothes by hand with a soap bar and a brush"

"If you had used it, that would have saved two hours of your time every single day of the last four years and a half, which would have amounted to four months. After all there is no such thing as a complete free lunch, eh? I expected you to have shown some initiative to make good at least those few months. You missed the opportunity. Now come along. My buffalo is getting impatient.”

Naresh just hung his head in an air of resignation. Whoever named death a ‘grim’ reaper had not possibly been properly acquainted with death’s sense of humor. But then you can’t blame them either. Not too many people who acquainted closely with death lived to tell the tale.
Email Post