Reflections on Self Publication of First Book 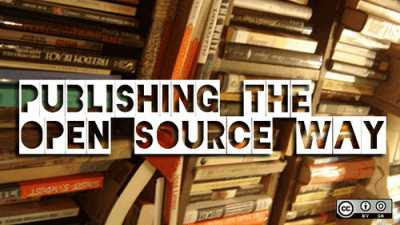 Today, I am happy to announce that I have completed my first ever book – “Carthick’s Unfairy Tales”. As of now the book will be only in e-book form and will be available only on Amazon’s Kindle Platform. Based on the response to the book, I will consider a paperback launch later. It is expected to be launched in December or January. The exact details will be decided based on the planning for the marketing activities. Most of the book production activities are complete except for a couple of final proof reads to remove any of those little niggling errors that creep in despite doing your best and hiring one of the best in the business as an editor. As I get ready to launch the book, I thought I will do a series of posts on various topic related to the book – the publishing process, my choice of platform, my choice of theme, how I went about this entire writing and publishing process etc. Today I shall talk about why I chose self-publishing as my launch pad as a writer rather than try my luck out with some of the traditional publishers.

I believe every choice reflects who the maker of the choice is as a person. So, I think I need to say a bit about my genesis as a writer. Unlike many who write books today, the thought of writing a book was nowhere in my mind even after starting a blog and running it successfully for 4 years. Of course, there had been an unsuccessful attempt at writing an imagined biographical work of me escaping from my software laborer job and touring the world with a couple of my fellow sufferers, something we often used to fantasize about during our lunch and coffee breaks. But that never got past even the first chapter. I myself found it so horrendous that I immediately abandoned any thought of writing a book. So, the real thought of writing a book came when a gentleman contacted me on a blogger portal sometime in early 2012 and told me I should consider writing stories for publication. Egged on by this gentleman, I started a writing workshop along with him with the objective of bringing together bloggers with potential to help each other improving their fiction writing skills. As an extension of this workshop, some of us got together and ended up putting a book ‘Sirens Spell Danger’ by end of 2013. I did not even think consciously about choice of publishing platform at this stage. The whole thing to me was just a next level exercise taking our writing skills beyond the monthly workshop exercises. And all the other aspects such as book production and marketing were just other allied skills that were part of this whole writer game.

But since that venture, I began to increasingly come in contact with various published and aspiring writers on online forums. That is when I began to take writing seriously and started thinking about writing a book of my own. But I still didn’t think much about the platform I would choose. The focus was to first get a book written. I had 4-5 projects in mind. I floated from one to the other, based on my fluctuating mood as well as other external factors, one being an offer to publish by a friend who ran a small independent publishing house. Some of the projects I felt had right concepts to be considered by traditional publishers while others I felt may not have. But the thing was each one of the projects was an idea that had captured my imagination and I wanted to write them for the pure joy of writing them irrespective of whether publishers were going to pick them up or not.

When it became clear that ‘Unfairy Tales’ was going to be my first book, I immediately decided it would be self-published. Somehow, I felt publishing houses do not favor anthologies and the theme of this collection was also quite niche and not India centric. The other question in mind was if I was only writing stories just for the love of it, why at all even go for a book? Why not just write and keep them with yourself or just put them up on the blog? But as a voracious reader of books, I found I did find the entire process of putting together a book to be a fascinating one as well. Yes – it would cost me some – cover design, professional editing and marketing. But I did the numbers and found the costs are something I can afford at this point in life as expenses in pursuing a personal passion assuming I bring out on an average two books a year. And that is assuming the worst scenario. But given I go into this with the firm belief that I indeed have the ability to write something meaningful that can entertain readers and the effort I am putting on other aspects such as cover design, professional editing, title choice, blurb, marketing etc., I definitely hope to sell enough copies to at least recover all my costs.

There is also the question if I would try traditional publishing houses for my future books. I think I would continue to take a call from project to project. Couple of the factors I would consider in making a choice are the whether the publisher shares my excitement about my book and whether the image of the publisher and the kind of books they mostly publish are consistent with the way I would like to project my book. The first of course I wouldn’t know upfront but the second I would be able to research. So probably I would try querying suitable publishers for say 6 months before deciding to self-publish. I think it may not be worth waiting beyond that. I have heard people mention about the merits of patience and perseverance. I would indeed find it worth my while if I get formal rejections and feedback on why it was rejected every time that I can use to hone my skill. But from what I hear more often than not you hear nothing and often factors other than quality of writing influence rejections. So I think beyond a point, it is better to put my works directly before the public and use public feedback to improve my craft.
Email Post