Finding a theme for a Fiction Book 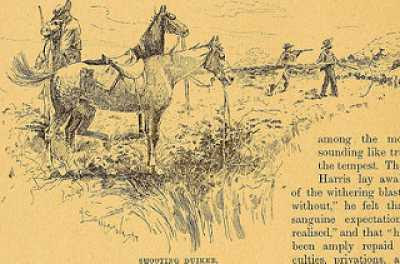 Third in the series, leading up to my book release, I am going to talk about one of the most important topics – how I hit upon these theme for my first book. Very often, we want to write but stuck not knowing what to write about. So I am going to do a recap of the journey of this idea – how it was born and how it evolved to this form.

Back in 2011-2012, I used to actively participate in contests organized by brands. For one of the contests, I did a spoof on Snow White. I really enjoyed that and later did two more – one each on Rapunzel and Cinderella. Then in 2013, I started a dedicated blog for science fiction and fantasy. There I was doing alternate series of reviews and original stories. One of the story series was retelling of fairy tales where I covered Little Red Riding Hood, Jack and the Bean Stalk, Sleeping Beauty, Beauty and the Beast, Hansel and Gretel to add to the 3 I already had. So I had 8 stories available with me.

So, when in 2014, I began to toy with the idea of bringing our anthologies with stories from my blog, one of the themes was retelling of fairy tales. But I actually got around to actually putting them together in a book in 2016 when I was waiting for a publisher to get back to me on my manuscript based on Mayan mythology. Initially I had an ambitious idea of writing a full 26 tales. Each of the ones on my blog were of 1000-2000 words length. So to have 50,000 words, I needed that many tales. So I began to ask around and compiled a list of 26. Then I began to write. When I finished the first 4, I found 3 were upwards of 4000 words. So, I probably did not need that many. I could do with half as many. I decided to also rework some of the 8 I already had. At least 2 of them, I was not satisfied with what I had and ended up writing them completely afresh. Another 2 I decided to abandon them. And only one from the original 8 actually made the final cut.

So, I had 7 tales adding up close to 30 K and if I finished 13 of them, I would have 50 K. Meanwhile I was trying out various titles for the collection and one fine day hit upon the title ‘Unfairy Tales’. I liked it so much, I found myself eager to go ahead and get the book out. Meanwhile my manuscript based on Mayan myth had also got rejected. I was feeling restless having styled myself an author for 5 years and still not having a single book to my name. I could go ahead and self-publish the Mayan myth one but while feedback on that one from beta readers was decent, no one was really excited as such. On the other hand, I found the feedback from beta readers on the individual fairy tales much more encouraging. I asked around and found 25-30 K was a decent size for a collection of short stories – 50 K was required only for a novel. So, I decided to go ahead with 7 I had – 4 new ones, 2 from the original ones completely rewritten to the extent of almost having no connection to the earlier versions and one remaining from the old set of 8. Also 7 was supposed to be a fairy tale number. So, it would be a good number to have.

Then I looked at all the tales I had and found that 6 of them had a dark humor tone with an element of satire on human affairs. On the other hand, the one story I had retained from my old set was an out and out science fiction thriller. Also, in six of the tales, the original setting was not changed, here story was set in future. So I felt this would not go well with this set and decided to write a new one based on the same fairy tale similar to the other ones. Thus the 7 were ready. The feedback from beta readers on all 7 was good. I was in half mind to go ahead and write 6 more. But I was feeling impatient and was not sure if I could write 6 more of similar quality with the similar themes and tone. Also, I realized, commercially readers will like cheaper books and it is better to have a smaller book cheaper than a larger one that is more expensive. Also, being a first-time author, I felt it would be easier to attract more reviewers with a smaller book. So, all these considerations decided things for me. Seven it was. Seven hills, Seven seas and Seven stories.

As a last-ditch attempt, before I commissioned a cover designer and an editor with my own finances, I decided to approach the publisher who had rejected my earlier manuscript. He had given valid reasons for rejection of that one and so I felt it might be worth giving another try with them. So, I sent the idea across to them and got a positive response. So, I submitted one of the stories and waited for the feedback. There was cryptic query on the twist in the story submitted and after that no response. I was in half mind whether to follow up for feedback. The feedback on the first manuscript had also come only after follow-ups. But something told me I shouldn't ask. I had much more confidence in these stories, on my own as well and basis the beta reader feedback. I felt if I got negative feedback, I might lose momentum. So, I commissioned the editor and cover designer and moved ahead.

When the book was almost ready, I wrote back to the publisher. I got the response that they liked my concept a lot but not satisfied with the twist in the one I had submitted. However, they would be willing to work with me on this idea to bring out a book. It was a tempting proposition. But cover was already ready and editing was almost completed. I was all excited about releasing the book in a month or two. I just did not feel like returning to the drawing board all over again and waiting for another 6 months to one year. By then one never knows what would happen in work and life. For all I know I might totally lose momentum and ending up abandoning the whole project.

So, I decided to go ahead on my own given that I myself had much more faith in these stories than most of my earlier works. For good or for bad, I would go the full hog and get the complete self-publishing experience.