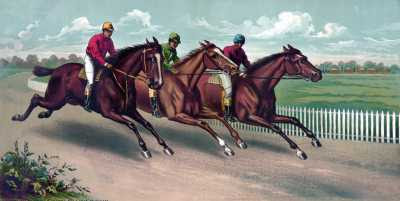 Sumitra Miss – we used to call her – our class Upper Kindergarten class teacher. Somehow from the moment I saw her I had taken a dislike to her and her likewise. You know how it was in the first Potions class between Harry and Snape. Such was the feeling between us. Yes – she too had been acquainted with my parents from before like Snape had been with James and Lily. Not from ages back like in the case of Harry. But just a few months back she had got introduced to them. Not in the pleasantest of circumstances of course. There was this wealthy lady Mariamma who happened to own around 40 flats that she had begun to dispose off one by one. This Sumitra Miss of ours and her beloved husband had their heart set on one of the flats. But unfortunately, my parents too had their heart set on the very same piece of dwelling. And it so happened my parents found this Mariamma’s favor as James Potter had Lily’s favor and thus started the feud between our families and here I was in her power as Harry was in Snape’s.

To her credit, she did not start off by opening hostilities. I could even say she tried to be friendly in her own way. She addressed me in Tamil as she did her favorite bunch of Tamil kids. If I had taken the hand of friendship thus offered and chatted to her regularly in Tamil, telling her everything about things that happened at home and other such tidbits that would keep her entertained, maybe in time she would have warmed up to me and I would have wormed my way into her heart to take my place among the bunch of Tamil kids who were her favorites. But no! I was still not wise to the ways of the world and I had this streak of defiance in me and the perceptiveness to notice the bit of coldness in her demeanor despite attempts to appear friendly. So, whenever she spoke in Tamil, I replied back in Kannada. More than once she tried talking to me in Tamil. But I stuck to Kannada, the lingua franca of the land and the school thus spurning her overtures.

So as the weeks passed, subtle coldness gave way to direct attacks. I was singled out for testing of knowledge almost every class; my work scrutinized more closely; if I erred my punishment harsher. The unfairness of her treatment of me totally rankled me. And with every passing day, I began to resent her more and more. And that began to reflect in my behavior in her class.

As soon as she started her class, I would stand up.
“Miss!”

“My rubber has fallen out of the window. Can I go out and fetch it?”

I would of course take my own time and it was not long before I would repeat my request. She would then move me to the back away from the window.  But I would not be done yet. Few minutes later, I would rise again with four fingers closed and only the little finger open.
"Miss!"

“Whatever. Be back fast.”

Again, I would take my time, wander a bit around the school campus, stop to say hi to the stay dog Jimmy and return.

A few minutes after my return, I would rise again. “Miss!”

“My pencil has gone missing.”

“Where did you lose it?”
“I think it rolled under the desk towards the front seat. Can I go there and fetch it?”

“Now this is limits. Come and sit in the front row and no more toilet as well till lunch.”

That would bring me right under her nose. But I would not be done yet. I would immediately start sniffing and blowing my nose every few minutes. That would irritate her no end but she could not say anything about it. After all one couldn’t help a cold, could one?

Many of the days went like that. She did get a bit of her own back through the harshness of punishments and continuing to corner me on every occasion. But I paid her back with my interruptions of the class. So, we were evenly matched, should I say? But she was hoping the exam results would give her the final winning hand. She was sure someone like me who played truant in the class all the time would hardly be expected to do well in the exams. She was looking forward to the day my parents would be in front of her to receive my report card. That would be the time of her crowning glory. She probably must have been mentally rehearsing that day and getting ready all the most cutting things to say about me when I figured in the ranks of the rankless. Only the top 10 in class received ranks and I had managed to break into their ranks just once in the previous year. She probably had that intelligence from the previous year’s class teacher. So she waited eagerly for the day she would tower over my wincing parents standing before her their head hung in shame and deliver the deathly blow.

Finally, the term ended and she had the exams papers in her hand. Her time was close. I wish I had been there to see her face when she graded the papers. For I had known she would be waiting for the day of the final report. And I definitely did not want to be at the receiving end. So while I had not been paying much attention, in class, I had been preparing hard under the tutelage of my most meticulous mother who without fail sat with me daily from the time the clock struck 6 in the evening to put me through the paces. In the previous year, these sessions seemed nothing short of sheer torture. But this year the stakes were much higher and consequently I put my heart and soul into it.

So, when the D-day arrived she could not have the satisfaction of that long speech she had been dreaming of. All she could say were two little words - ‘Fluke-Horse’. She could have as well said ‘Sour-grapes’. For I had not only managed to secure a rank, but topped the class. She could say anything she liked but the results were there in front of my parents and results spoke louder than words. And thus, I had bested her that day.

Well so I thought. But apparently it was not so. For her words though said in malice, turned out prophetic indeed. While I did manage a rank the rest of the terms that year, I never topped again. Having won the battle, my fire had been quenched and I was back to my indolent ways. The following year I managed to repeat that feat yet another time and that was the last time I ever managed it for the rest of my academic tenure. Throughout the three decades of academic and professional life that were to follow, I was consistently known for my inconsistency. So much so that my parents continued to remember these teacher’s words and dangling them before me for years and years – ‘Fluke Horse’, ‘Fluke Horse’, ‘Fluke Horse’. That is what I always remained – a fluke horse. So maybe she was the one who really had the last laugh after all.
Email Post