An argument against pre-marital sex 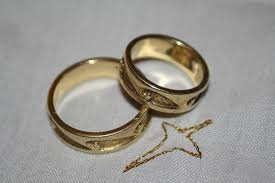 There are socialistic and capitalistic view points in matters of economy while in matters of society, there are liberal and conservative viewpoints. Politically though the economic left is lumped with the social liberals while capitalists and conservatives end up as bed fellows. The reason is of course obvious - to have a viable chance in politics, any political formation needs support of the masses as well as the ones who hold the purse strings. While a socialistic conservative disposition will have complete support of the masses, a capitalistic liberal disposition will be favored by those with money and privilege. Typically most educated folks working in corporate world tend to be capitalistic liberal also known as libertarian, while writers, artists etc. tend to incline more towards socialist liberalism, while the truly devout and religious minded would be socialist conservative. Capitalist conservatism I feel is just an opportunistic stand which no one truly believes in but adopted purely for political expediency.

I myself am a centrist with a slight inclination towards the socialist conservatism, the exact opposite of what my class of people believe in. So often I send up trying to find arguments to defend conservative stances, though by no means can I be considered truly within the conservative spectrum. So here I try to think through what possibly could be the arguments against pre-marital sex. "So are you against pre-marital sex?" Well, no. "Good, then. You are for pre-marital sex." Goodness, no! Isn't that the whole point of being a centrist - not having to think in absolutes. We centrists like to carefully weigh both sides of an argument and take issue based stances with qualifications which makes us poor recruits as crusaders for causes. "If you claim not to be  a conservative, why do you always take the conservative side of most arguments?" The answer is balance. Usually enough and more is said on the liberal side of most arguments. On the other hand conservative side is just defended by reference to books holding inviolable truths or authority figures whose words cannot be challenged, both of which are mostly faith based and not likely to stand a test of logic. So I like to put together a case that can stand the test of logic.

I base my arguments on any topic based on my broader view in favor of conservatism. I see conservatism as the force of inertia while liberalism as the force of change. Change in my opinion is good when it happens at the right pace at which human society can take the change. It if happens too fast, it can destroy the sanity of individuals and the fabric of human society. That is why conservatives are needed – to put a break on the pace of change and let it come at a tolerable pace. So in a debate between conservative and liberal views on any issue, the discussion should be around the original purpose of the societal or cultural norm that is proposed to be changed and its relevance in the context of the current times.

To be on the same page on what we are talking about, let me define what 'marriage in its current form' is as per my understanding. It is a pledge of an exclusive relationship between two persons, often with the objective of having children and producing a stable environment for raising them. So any extraneous relationship violates the clause of exclusivity and hence can be considered to undermine institution of marriage. So extra-marital relationships definitely go against marriage. But pre-marital relationships happen before marriage. So technically the  person has not signed a contract of exclusivity with someone. In that sense it can be considered not undermining the institute of marriage. But it undermines the institute of marriage in an indirect way by providing an alternate to marriage for seeking relationships with other individuals. And European society seem to be an example to show social sanction for pre-marital sex has reduced the incidence of marriages drastically. Of course I understand I have not established a rigorous cause effect relationship here and this may suffer from the fallacy of causation. With this rider, I find the answer to the question "Does absolute social sanction of extra-marital relationship undermine the institution of marriage." as yes.

So we do need to explore the other question - "Is the institution of marriage in its current form" necessary for human society?. To understand the need, we may have to go back to its time of origin. Since mankind felt the need to constitute such an institution, it follows that there must have been some logic to it in some point of time. The logic that comes to my mind is the creation of the family structure which provides a support system for the elderly and younger ones. Another aspect possibly could be to provide people some kind of security in their relationship to be able to devote time to other pursuits free from the constant struggle for mates.

Now if we were to prove that these three functions that marriage serves - care of the young, care of the old, reduce time wasted in struggle to obtain mates, we can safely say marriage is no longer necessary. As I see it, government provided social systems and people's own mindset to save and plan for old age reduces need for families to take care of the old. As far as caring for the young goes, I am not aware of any stable system even in highly developed European societies. Still family seems to be the best institution to raise children. And since raising a child takes a minimum of fifteen years, at least fifteen years of commitment to such an institution is necessary. And as far as the third function of reducing fight for mates goes, again I see in societies where marriages are not prevalent, the amount of time spent towards continuous acquisition of mates throughout one's life is disproportionate to the amount of happiness derived from this activity. This however is a subjective view and can be disputed. But for at least a good number of people I would say it is true.