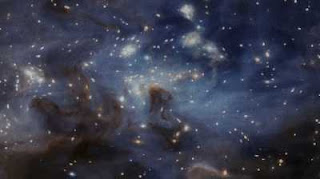 Science fiction  has fascinated me since childhood though I did not know it by that name. My earliest exposure was during my 5th year when I used to enjoy a series on television called ‘Giant Robot’ which was a story about a boy who controlled a robot and fought evil villains. At 10, a Hindi television series called 'Indradanush' captured my imagination. It was an interesting serial that had aliens, artificial intelligence and time travel. Then at 15, there was was ‘Lost in Space’,  a story of a family who drift away far into space and encounter many strange worlds and alien races. However somehow books in the genre always tended to intimidate me. There was always a fear that they would be beyond my limited comprehension capabilities. An brief foray into Arthur C Clarke’s 'Space Odyssey' series did not make matters better. Only in my 20th year of life, was I able to finally break my mental shackles and step into this alien territory.  READ MORE


Ender's Game - A Gripping Tale of Strategy in Action 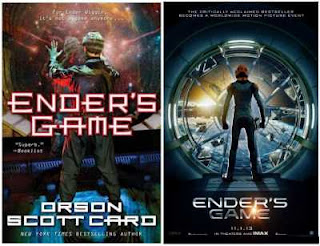 In the early days of my professional career when I started out as a software engineer, we used to have lot of fun online events – one of them being a weekly quiz wherein folks could volunteer to conduct a quiz on a topic of their choice. Science fiction buff that I considered myself to be, I did one on this topic. I got a rude awakening when the winner of the quiz wrote to me saying  that while he liked my questions, my coverage of authors was hardly comprehensive. So I asked him to name a few authors I had missed out in my quiz and he came up with Orson Scott Card, Robert Heinlein and Ursula Le Guin. On browsing through my library catalogue, I found they had works by all three of them. I decided to start out with Orson Scot Card’s Ender’s Game.

If I thought I was done and dusted with all that science fiction had to offer with Herbert and Asimov, I was in for a surprise. What it lacked in grandness of scope, Ender’s Game easily made up in pace. The book was truly a page turner that begged to be read in a single sitting. READ MORE 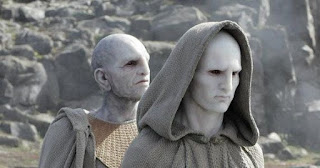 Science fiction is known for its trilogies which often extended to a 5-6 book series. Fantasy usually has a series with anything from half a dozen to a full dozen of books. Now a series is like a singe story told across many books with each book taking the book to some logical point. In earlier times, it was possible to read books of a series individually or our our of sequence and still be able to get the story. The authors ensured books worked as standalone as well as part of the series. But nowadays, especially in fantasy, the books in a series form a single story with individual books existing as if only due to physical limitation of maximum size permissible for a single book and the magnitude of content an author can write in 1-3 years. Then we also have what is called a cannon which is an aggregation of different series by the same author, set in same world and having some common characters occurring in both. To completely understand the entire world one has to go through the entire cannon. Here I would like share my impressions on some of the Science Fiction series I have read and loved. SEE COMPLETE LIST