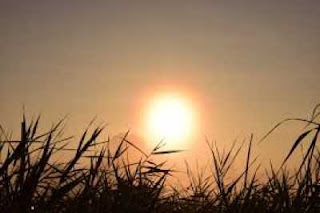 A bunch of 13 tales that have a tinge of melancholy attached to them - humanistic tales that try to explore human relations and reflect upon life.  Some of them are original ones while others are just my own version of existing stories seen from a different perspective. The retelling include one story each from mythology, fairy tales and a couple of short story classics. While one of the story has paranormal elements, the focus is not on the paranormal elements. These are stories I shall continue to write for my personal satisfaction; most of them will be published here as I feel there are far better story tellers writing in these kind of themes and I won't be contributing anything significantly by bringing then out as a book. SEE COMPLETE LIST 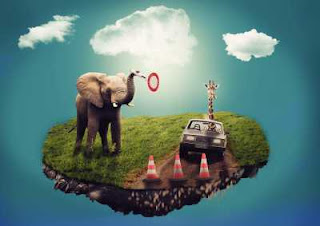 These are tales that don't necessarily make sense. They are mostly zany imaginative works with humor of the slap stick variety.

All these stories are lighthearted vignettes with the sole purpose of giving the reader a few laughs. You will find here crazy inventions, fairy tales gone horribly wrong, mythological characters selling soap, geeks trying to dig deep into cheesy brand tag lines, animals trying to understand the crazy ways of humans and the like. SEE COMPLETE LIST 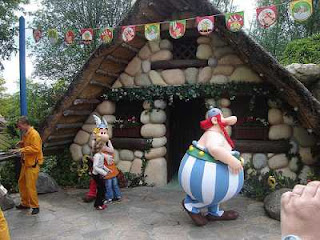 Boom! Boom! The floor was shaking violently. There was a loud noise like a roar outside. “Any one there?” . They timidly peered out of the window to see a fat giant with his stomach bulging out of his blue and white pants, thick red whiskers and a funny helmet with braided hair hanging from either side. They knew they could not remain safe inside the office for long. They had to eventually confront him. So the campaign manager gingerly stepped out and asked in a feeble voice, “May I help you, Sir?”

“What is the meaning of this?” he growled pointing at the board put outside the office.

The board read :  “Dear Participant - We are overwhelmed by the tremendous response to the ‘The Great Indian Braid Hunt’ contest and picking out the winners from the lot has been a challenging task.” READ MORE

Asterix and the Digital Empire 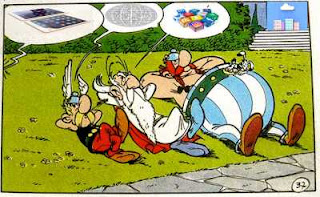 “Why is the village looking so deserted? Where is everyone gone?”

“Don’t you know, Obelix? The entire village has gone digital.”

“What the hell is that? Is it some kind of kind of dangerous disease? Can’t Getafix cure them?”

“It is all those cursed little boxes supplied by that bloody Phoenician merchant.”

“How can something so little be so dangerous?” READ MORE

Asterix and the Surgical Strikes 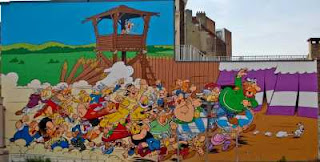 Did you hear about the surgical strike?”

“Surgical strike? What is that? I don’t think any such thing could have happened without my knowledge. I would have known if somebody had ordered a surgical knife from my husband.”

The third woman, a comely woman with a turned up nose spoke up. “I knew it all along. It is a ploy by Vitalstatistix to prevent my husband Geriatrix from challenging him for the chieftain’s position.” READ MORE

Asterix and the Great Demonetization 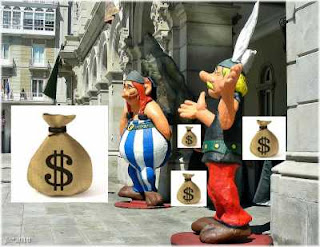 “Did you notice, Obelix? The Romans have been acting funny these days.”

“What is funny, Asterix? I have never had such a wonderful time in my life ever. It as if there’s been a windfall of Romans.”

“That is the problems. I have never seen Romans so eager to get beaten up. Something must be brewing.”

“You think the Romans have got the recipe for our magic potion?”

“I mean figuratively. They are up to some tricks. I have not seen even the pirates show such suicidal tendencies. We must report this to Chief Vitalstatistix.” READ MORE

My name is Taimur, Taimur the Lame 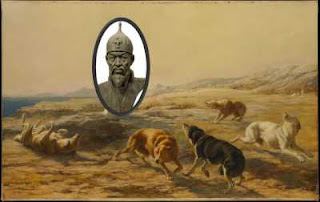 Whizz! That stone just missed me. Whizz! That was yet another one. Ouch! That one found its mark. But nothing fatal. I have seen worse. Ah! Finally some cover. I just love these projects that go into litigation. See how nicely they have laid out these pipes for us to find shelter. I am sure they will never find me in here. Now I begin to truly understand the nuances of the human aphorism “going to the dogs" .They were supposedly going to build a mall clearing out a slum area. Now don’t ask me what a slum is. Haven’t you seen the movie slum dog millionaire? If you have not seen it, don’t bother though. It was a disappointment. The titular hero despite the misleading title is not a dog but one of those despicable humans only.  READ MORE 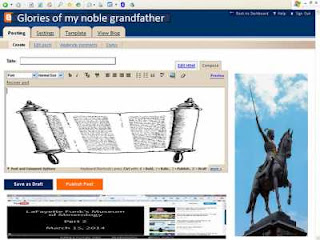 There was this time when I conceived upon an idea to pay a tribute to our grandfather. What is so great about a grandfather you may ask. After all everyone has one. Well, my grandfather is unlike any others – he was one who towered over his fellow men like a colossus. So that Sunday I called together all my uncles, aunts and cousins to my home to make the announcement.

I could see a couple of them yawning. I sometimes wonder if some of them really belong to my family. I strongly suspect they may have been adopted. Anyways I continued on. READ MORE 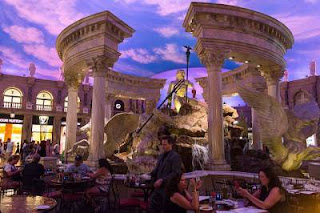 "You are a complete wastrel of a husband. You just go to the counting house from morning to evening and then come back and lie around doing nothing.”

Why does she keep nagging me all the time? If I were a real wastrel I would be at home entire day. But I knew better than to tell her that. Sometime silence is best.

“Now see Hadhod next door. How much he does for his family! Last month he got his wife a diamond necklace. Last week he got her a brand new satin gown stitched specially for her by the town’s most famous seamstress. And even yesterday he got her earrings studded with exotic stones the likes of which I have never seen.” READ MORE 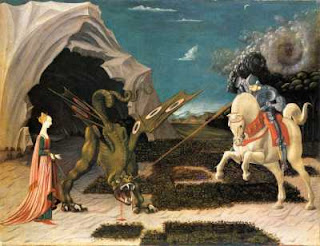 I hate this place. I totally hate this place! What a majestic being I was supposed to be and what these humans have reduced me to! We were supposed to be the king of the skies and our very appearance used to strike fear in the hearts of these puny humans. I wouldn’t know though. I have only heard the old ridgeback in the next stall talk about those times.  This stall is all I remember from the day I was born. Except of course the tournament.

Ah! The tournament! That was one of those occasions I really felt like myself. There would be an entire field for me to move around. And there would be a young human who would play with me. Even in my pathetic state, I can easily kill the human with a single swipe of my claws if I choose to. But we dragons traditionally have liked to play with our food.  READ MORE 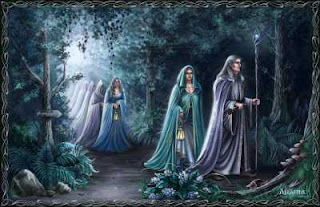 The dark one is rising. We stand by and watch helplessly. We alone cannot stand against him. He is too powerful for us. We need the other races to stand with us when we make the final stand against him. Especially the dwarves! If the dwarves stand with us, we have a good chance of preventing his ascent. Together we can banish him from the earth. But the filthy dwarves just don’t understand. Why do they not see the greater cause? Why do they still continue to hold those petty grudges? We have treated them with disdain in the past and have caused lot of affront to their race. But there was no real malice on our part. It was just the natural order of things. As higher races, we have greater understanding of the world, a greater empathy towards all life. READ MORE

Soloman Kane and the Medusa Curse 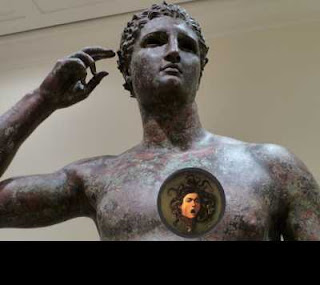 “This upstart thinks he is the new God of love. And it almost seems as if he is. The girls are all so crazy over him.”

“Calm down, son! And tell your mother everything right from the beginning.”

Adonis poured out his entire tale of woe to his mother Aphrodite. Solomon was a theater artist who had made his debut with the iconic play “I made love.” From thereon he had gone on to do more plays - “Are you my brother’s keeper?”, “Stone Blossoms” and “The stud”. With every passing play his popularity had been growing by leaps and bounds. All the girls were totally charmed with his melting puppy eyes and were laughing themselves silly over his feeble jokes and childish pranks. He was becoming the new icon of love and the God of love feared being displaced from his position.  READ MORE


A Frog in the Well 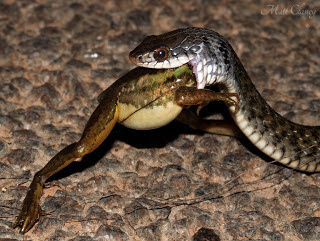 We frogs are such pitiable creatures. Always living in fear. Fear of storks. Fear of snakes. Fear of humans. Living in ignorance. You must have heard of stories of frogs in the well. I used to be a frog in the well too. Once upon a time. Not anymore. Now I have roamed the length and breadth of the land and am much wiser. I at least hope so. After all I am no longer a frog in the well. So it surely must mean I have become wiser? No? If not what was the moral of the whole story? Anyways all that is a story for another day.

Today I was reminiscing the times I was still a frog in the well. Literally and figuratively both. We were a huge family of frogs. Things were going well till some of our fellow frogs started turning arrogant and elitist. READ MORE

Of Frogs and Men 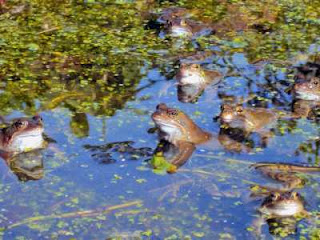 Ho Ho Ho! Wait! No. I shouldn’t be doing this. I am not Santa Claus. I am God. I should be more serious and sober. Let there be light. Now does this sound better? Go forth and take my word across the seas and spread my message to all the heartens. What nonsense is all this? All this sounds so pretentious. All you humans spread crazy rumors about me and attribute all kinds of weird things to me. And I can’t even go down and clear the air. For if I do that I would have created undeniable proof of my existence. That would be the beginning of the end. As long as there is doubt of my existence you would hedge your bets by trying to get things done on your own while praying to me on the sidelines. But the moment you know for sure that I am out there looking out for you, you will give up all initiative and line up at my door with your begging bowls. READ MORE
Email Post