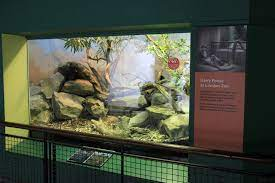 Well, it was not exactly a room. It was a whole sprawling campus infested with all manners of snakes, lizards, crocodiles, tortoises and what not. In a manner of speaking. The creatures did not really want to be there. Probably like the young software engineers who didn’t want to be in their boxed enclosures within the towers of glass that were called software development blocks. I should have been happy at not being subject to those constraints being a proud denizen of the bench. But no! I wanted a project. And eventually I got one.

And  how it came! Imagine this reptile being starved to hasten its natural demise to extract its skin to make one of those fancy handbags made without killing any animals. Then one fine day there is a change of mind and the powers that be decided to chuck it into a frog pool. First thing that may come to your mind is that the poor critter will drown. Assume it is a water snake complete with gills and all. Not sure though if the skin of a water snake can be used for making bags and stuff. But come on. Let us not start nit picking. This is just an example. Let us focus on how the hypothetical reptile would have felt. That is exactly how I felt suddenly being provided with an abundance of work after all the days of idleness. Those days there were these two browsers – Netscape and Internet Explorer – no Chrome and Firefox yet. Our company was building a website for a loyalty management firm. They had built the pages for internet explorer. But apparently it was all getting messed up when viewed on Netscape. So, somebody had to go through section by section and optimize for Netscape. Don’t let the word optimize fool you. All you had to do was just adjust some of the sizes and positions of the images and change a few settings here and there. So, what’s the big deal about that you may ask. Well, the deal was there were hundreds of those damn sections across the various pages. And it would take me ages to get them all fixed. And the work was so mundane and mind numbing that suddenly chewing one’s toenails seemed a highly pleasurable activity in comparison.

For all my whining, the thing lasted all of 2 days. For the very next day my mother fell ill, and I had to rush home and when I was back, some of my colleagues from bench had grabbed the ‘opportunity’. If you could call it, one. And now that it was out of my hands, it suddenly appeared so lucrative. After all that project did have some of the most advanced technologies of the day. Probably all the drudgery was just an initiation ritual. And who knows - I may have even been sent to the client’s site in UK to interact directly with the client. That was the prize eagerly sought after by software engineers those days – being sent onsite. That mindset is so entrenched in my psyche that even after so many years, I still salivate at the thought of treading on foreign shores on company money. Anyways it was gone, and I was back to where I belonged – the bench.

Slowly projects were beginning to trickle in, and bench strength began to decline till all that was left was four of us - one charmer, two of the charmed and me basking in the charm of the charmer like the proverbial donkey. Which proverbial donkey you may ask. After all there were so many of them. I wonder why donkeys are the subject of so many parables. Are donkeys the universal treasure trove of spiritual wisdom? Come to think of it, even the wise one in Animal Farm was Benjamin the Donkey. You know that old book about loving the farm animals that Indian film star Shilpa Shetty loves so much. This particular equine specimen I am referring to was carrying the idol of an Indian God on its back. And people on the road were stopping to offer obeisance. And the donkey not knowing the source of all the reverence, attributed it all to its own self. On similar lines I attributed some of my friend’s charm to myself. By the way, that is a life lesson – if you don’t have charisma hang on to those with charisma. Some of it will rub off now and then. And guess what - you can live off that over an extended period of time. After all the moon managed to wing its way into so many mythologies as a luminous object through the reflected glory of the sun. It was centuries before the moon’s deception was revealed to the humans.

The gang of four however did not last long unfortunately. It got busted by the practice head. And most ignominiously at that. We were caught playing computer games at work. Can you imagine! As if we were school kids. And in the next two days, the charmer and I were bundled off to Bangalore while the two charmed stayed behind in Chennai. That ended the reptile room phase of my life during which I got to shed my college student skin and donned the corporate professional skin.